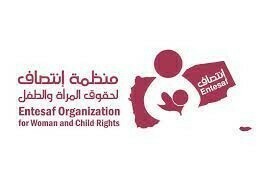 Entesaf Organization for Women and Child Rights reported that the number of children and women victims of the Saudi-Emirate Coalition in Yemen during 2,700 days has exceeded 13,384 dead and wounded.

In a statistic, the organization indicated that the number of dead women and children reached 6,289, including 2,433 women and 3,856 children.

The statistic indicated that persons with disabilities rose from 3 million before the Saudi-Emirate Coalition to 4.5 million people today, indicating that about 6 thousand civilians have been disabled as a result of armed hostilities since the beginning of the Saudi-Emirate Coalition, including approximately 5, 559 children, and the actual number is expected to be much higher.

The statistic stated that at least 2,400,000 children are still out of school out of an estimated 10.6 million school-age children (6 to 17 years old), while nearly 3 schools are either destroyed or damaged.

It indicated that the number of children who face a drop in education may rise to nearly 6 million, according to the statistics of the Ministry of Education.

The statistic pointed out that 1.4 million children working in Yemen are deprived of their most basic rights, and that about 34.3 percent of children ranging from 5 and 17 work in Yemen, with the expansion of the phenomenon of child labor during the war at rates that may exceed 4 times what it was before the war.

It also mentioned that 4,000 children and women were victims of the remnants of the aggression, including 100 to 105 victims of children only since the truce took effect on the 2nd of last April.

The statistic reported that public and private hospitals throughout the Republic are threatened with closure during the next few days due to the siege and the detention of oil derivatives ships.

Entesaf organization addressed the tragic situation of women and children, noting that the blockade has led to an increase in malnutrition rates, as more than 2.3 million children under the age of 5 suffer from malnutrition, and 632,000 children suffer from severe acute malnutrition that threatens their lives during the current year.

More than 1.5 million pregnant and breastfeeding mothers suffer from malnutrition, of whom 650,495 are moderately malnourished.

Entesaf held the Saudi-Emirate Coalition aggression responsible for all crimes and violations against civilians, especially women and children, over a period of 2,700 days.

It called on the free people of the world to take effective and positive action to stop the Saudi-Emirate Coalition aggression and protect civilians, to form an independent international committee to investigate all crimes committed against the Yemeni people, and hold accountable all those found to be involved in them.

Ministry Of Fisheries Condemns Kidnapping Of Fishermen By Saudi Forces