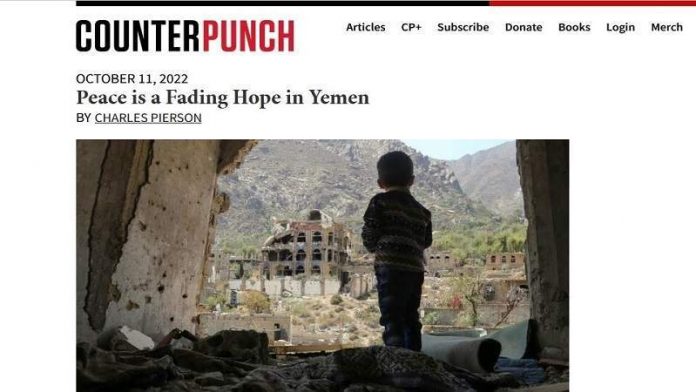 US Support of Saudi War Against Yemen Is Question Again

Since 2015, the US has been Saudi Arabia’s silent partner, providing the Saudi-led military coalition with intelligence and bombing assistance. Yemen refers to the “Saudi-led war,” simply, the “American war.”

Biden had promised to end US assistance to the coalition, both on the campaign trail and in his first major foreign policy speech as president on February 4, 2021. Biden has scaled back US assistance, but the US continues to sell massive quantities of arms to the Saudis and Emiratis.

The US also provides spare parts and maintenance for coalition warplanes. Experts, such as Bruce Riedel of the Brookings Institution, contend that without US maintenance and spare parts, Saudi warplanes would be “grounded.” Grounding the Royal Saudi Air Force would end the kingdom’s massively destructive bombing campaign.

In July, President Biden traveled to Riyadh to meet with Saudi Arabia’s de facto ruler Crown Prince Mohammed bin Salman. Although Biden says that he did not discuss the price of oil with MBS, it’s more likely that Biden pleaded with MBS to open the taps full blast.