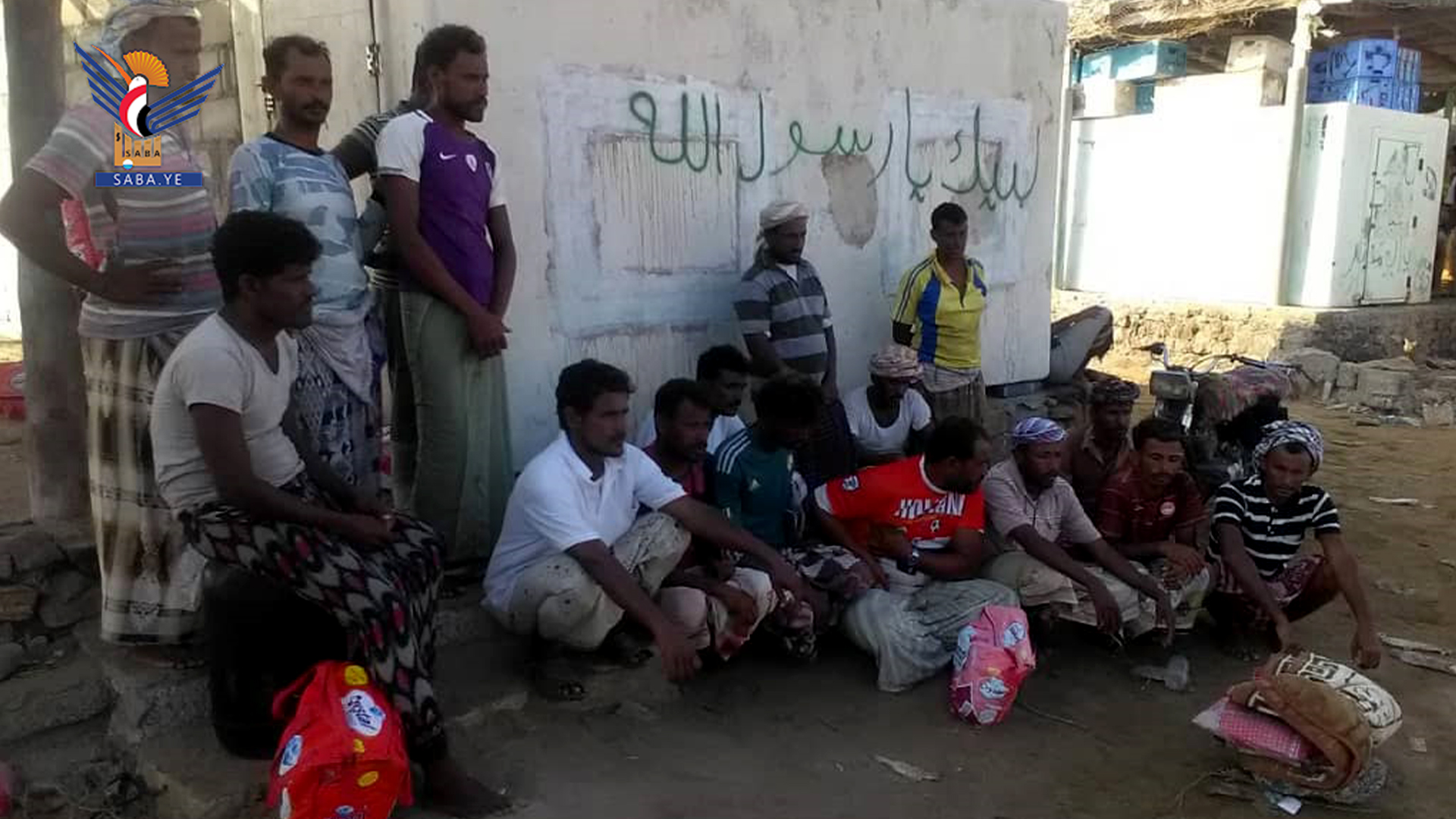 17 Fishermen Returned After Being Abducted By Saudi Aggression Forces

The General Authority for Fisheries in the Red Sea received Monday, At the landing centre al-Luhaia District, 17 fishermen were abducted by forces Saudi aggression is in the Red Sea.

The Director General of Ports and Lodging Centres at Aziz Al-Ataeni, the Department has received instructions from the Commission’s President and Vice-President to receive and care for fishermen; and provides all services and facilities with transportation fees for their safe return to their parents.

Al-Ataeni noted that the fishermen, who had been abducted by Saudi aggression forces in conjunction with the seventh anniversary of the Aqban Island massacre,
they almost died as a result of hunger and thirst, If it wasn’t for God’s care and discovery by one of hunters by accident.

He emphasized that the cruelty of this crime was nothing less than the massacre of Aqban island in its brutality, although the method differed, if the enemy in Aqaba used bullets to kill innocent fishermen, they today used torture and starvation, leaving them on an uninhabited island to die of starving.

For their part, the fishermen reported that they were surprised by a military boat with Saudi agents abducting them from the island of Baklan and al Fasht, confiscation of their boats with generators, disposal of all their property from nets, equipment and fish, and forcibly throwing them into the sea.

They explained that the kidnappers dealt with them in brutal and inhumane ways,
they disembarked them on the uninhabited island of Sana without water or food, after being detained for more than three days.