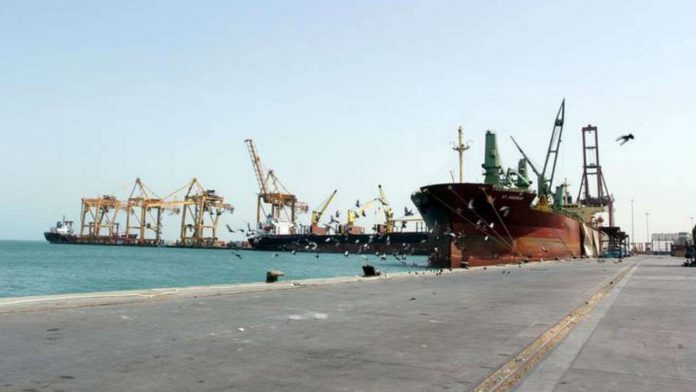 Chief of the Customs Authority in Sana’a, Yousef Zabara, on Sunday condemned the Saudi-led coalition’s escalating steps to raise taxes on basic commodities and its threatening with more restrictions on the port of Hodeidah.

Zabara confirmed in a press statement that the imposition of more taxes falls within the context of tightening the economic war against the Yemeni people by the coalition.

He pointed out that importing through the port of Hodeidah saves 75% of the cost of internal transportation for the free zones, compared to the occupied port of Aden.

For his part, Deputy Chairman of the Board of Directors of the Red Sea Ports Corporation, Zaid Al-Washli, stated that the United Nations did not abide by the decisions related to freedom of navigation to the port of Hodeidah, including the transfer of the UN inspection committee.

He stressed that the port of Hodeidah is not operating at its full capacity as a result of the blockade, and receives within the restrictions of wheat, sugar and fuel only.