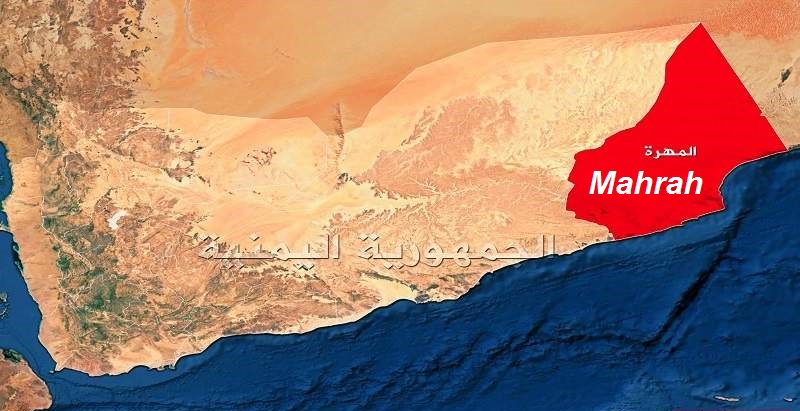 Local sources in the province reported that the clashes broke out between the commander of the border guards loyal to Saudi Arabia, Kamel Za’bnoot, and other militants from “Ra’feet” tribe, to which the pro-UAE governor of Mahrah, Mohammed Ali bin Yasser, belongs .

Various types of light and medium weapons were used in the confrontations, according to the sources.

The sources added that the governor sent a military campaign and tribal mediation to stop the confrontations between the two tribes, stressing that those forces have enhanced their presence at the Shehn crossing.

Saudi Arabia and the UAE have plunged Mahrah into the furnace of tribal conflicts and security chaos to achieve American and British interests, which took Al-Ghaydah civil airport as a military base on the Arabian Sea.

Seven Citizens Killed by Shelling of Wadi Obeida in Marib