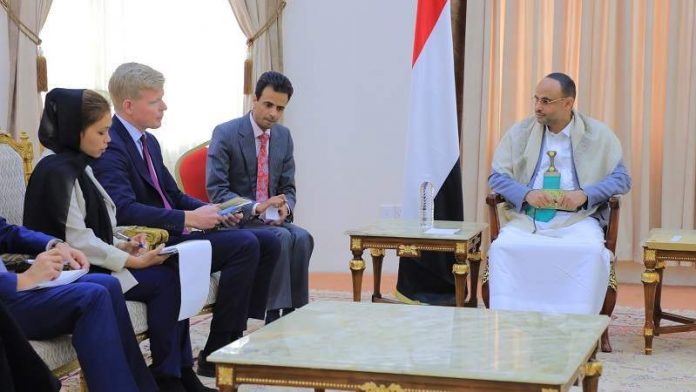 President of the Supreme Political Council, Mahdi Al-Mashat, on Monday stressed the importance of the United Nations role in pushing the peace process forward in Yemen.

This came during his meeting with the UN Special Envoy to Yemen, Hans Grundberg, who is currently visiting Sana’a along with his accompanying team.

President Al-Mashat confirmed Sanaa’s keenness on alleviating the human suffering of the Yemeni people, which was created by the Saudi-led coalition, and fulfilling the people’s demands for a just and honorable peace.

For his part, the UN envoy praised the efforts of President Al-Mashat in pushing the peace process forward and his keenness on the success of the truce during the previous period.

Abdulsalam: Talks With Omani Delegation were Positive and Productive