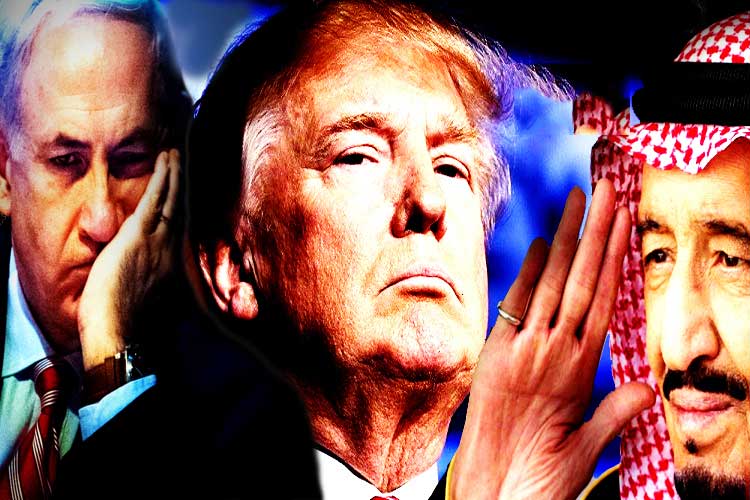 Ahead of Trump Visit , Gulf States Normalize Relations with Israel!

The Wall Street Journal published the story of a US initiative for normalizing Arabs -Israeli relations during Trump visit next week.

The offer to normalize relations with numerous Gulf states in exchange, Israel would have to freeze settlement construction, according to Wall Street Journal.

Several Arab states senior officials have been engaged in discussion of the plan to normalize relations with Israel,WSJ added.

The Gulf states’ initiative, according to WSJ, to relax trade restrictions with the Gaza Strip, to set up telecommunication lines between the countries, open trade negotiations and allow planes to fly over their airspace as well as granting entry visas for Israeli businessmen and sports players.

Israel and Gulf countries have secretly stepped-up intelligence sharing, particularly focused on Iranian arms shipments to proxy militias fighting in Yemen and Syria, according to American, European and the Middle East officials involved in security issues.

Israeli officials have also made a number of secret trips to the Persian Gulf, particularly to the U.A.E., despite their countries having no formal diplomatic relations.

In recent days, members of his government have increased pressure on Trump to move the US embassy to Jerusalem.