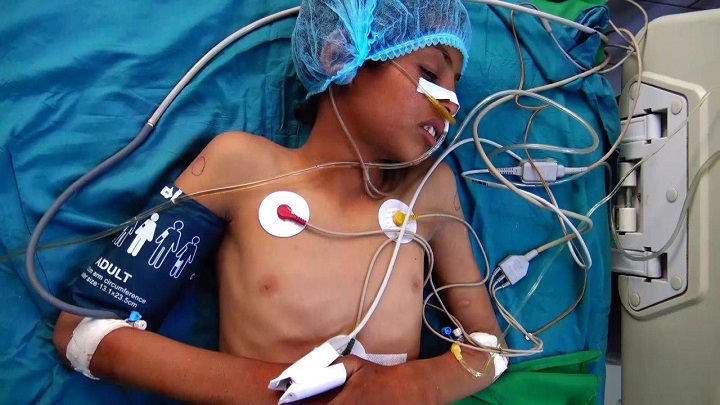 The Aftermath of a Saudi Crime Worsens After the Coalition Struck a House in Saada: Updates

Number of deaths and injuries that were caused by Saudi air raids striking a house of a citizen in the district of Hashwah, Saadah province on Wednesday, have risen to 9 people.

The number of the raids were eight and they deliberately targeted a house of a citizen in al-Qad area in Al-Hashmah district, leading  to 3 deaths and 6 injuries, a local source told YemenExtra.

The source also confirmed that the killed are a child and a woman, in addition to a man and six wounded others due to the 8 carried out air strikes launched at Wednesday’s dawn.

The source also pointed out that the raids resulted in the destruction of the entire house.

The Syrian Army Kills Dignitaries Who Belong to ISIS While Advancing