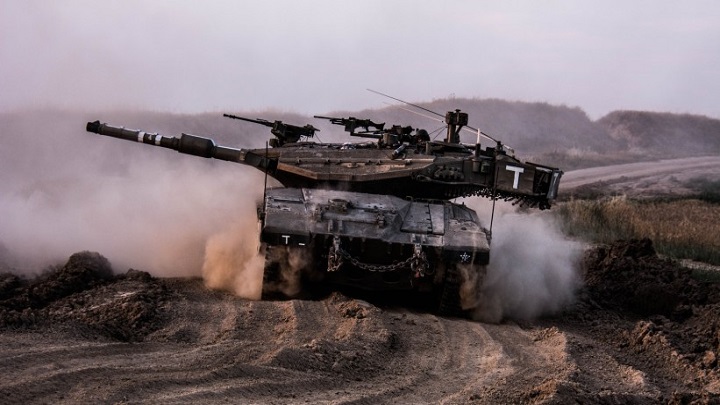 On Sunday morning, the Israeli forces continued their incursion into the Palestinian territories east of Khan Younis in the southern Gaza Strip. They also seized a civilian car and an agricultural tractor south of Tubas.

According to local sources, four D9 bulldozers moved from the Abu Raida gate on the border of Khuza’a village in the east of Khan Younis to south.

The sources pointed out that enemy bulldozers continue to raze and settle in the territory of citizens.
In a separate context, the forces of the Israeli forces, this morning, seized a car and tractor  in the Red Cape area south of Tubas.

According to the field activist, Aref Daraghmeh, the Israeli forces seized a car and tractors for citizens working in the Red Head area of ​​agricultural nature, south of Tubas.

It is noteworthy that the authorities of the Israeli forces, for more than ten days, launched a war against citizens and their agricultural equipment in this region.