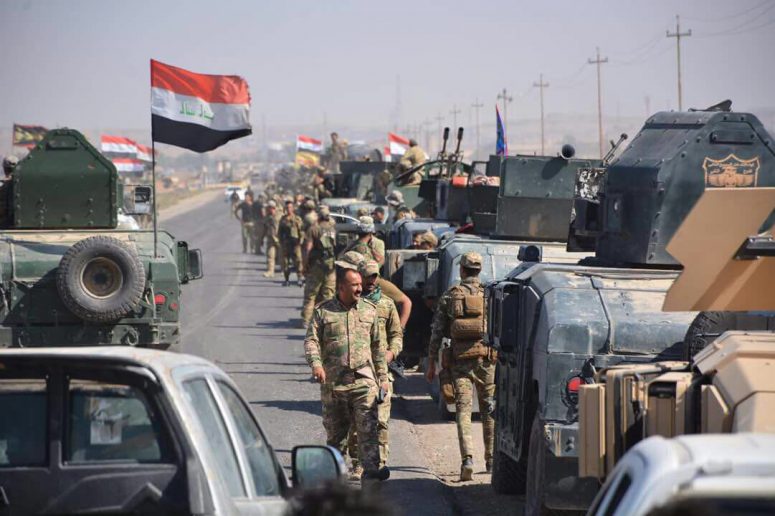 There is no Left in Kirkuk: Iraqi Army

Recently ,The Iraqi Armed Forces and Popular Mobilization Units (PMU) wrestle full control over the city of Kirkuk after surrounding it from three aixes, thereby prompting a mass retreat by a Kurdish Peshmerga garrison that narrowly avoided being encircled .

Hundreds of Humvees, BMP-1’s and technicals could be seen rolling towards the city centre around noon after entering Kirkuk from the city’s western and southern gates, prompting a mass exodus of civilians ,attempting to escape towards Kurdish-held territory along the highway.

The Iraqi Army and PMU ,in addition, have taken control of Kirkuk International Airport and the neighboring K1 Air Base,west of the city.

Although the Peshmerga by all accounts has left Kirkuk, a few score PKK (Kurdistan Workers’ Party) insurgents have set up camp in the city, rejecting to surrender.

The Iraqi Army’s attack in Kirkuk is seen as direct response against the Kurdish independence referendum. Sporadic clashes continued although casualties are low on both sides until now.

A Twitter Campaign Today: Saudi Kills the Children of Yemen