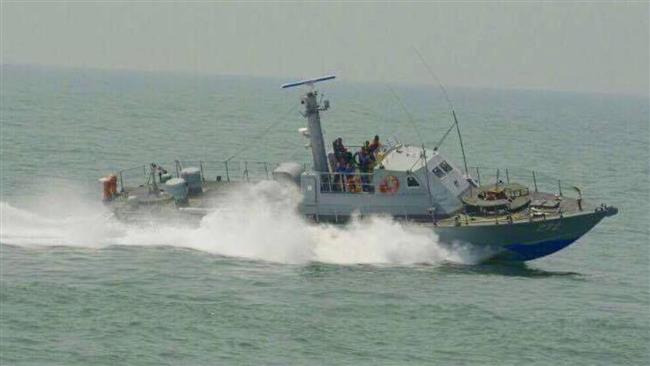 The Israeli regime has continued to sell advanced weaponry worth tens of millions of dollars to Myanmar even after a deadly government-sanctioned military campaign against Rohingya civilians in the Southeast Asian country came to light, an Israeli report has revealed.

Israeli daily Haaretz reported on Monday that Tel Aviv supplied “Super-Dvora MK III” navy boats to Myanmar as recently as April, “when the Myanmar… army was already being accused of war crimes.”

The report said pictures of the boats released by the Myanmarese army also revealed the weapons that had been installed on the vessels. “There’s a remote weapon station, made by [Israeli] Elbit Systems, which allows the firing of a heavy machine gun or cannon of up to 30 millimeters.”

The patrol boats, the report said, “are only part of a larger transaction signed between Israel and Myanmar. The Ramta division of Israel Aerospace Industries, which manufactures the Super Dvora, is meant to transfer at least two more boats to the local military.”

It cited “sources in the Israeli weapons industry” as saying that the value of the arms deal “is estimated at tens of millions of dollars.”

Myanmar, a Buddhist-majority country, has been accused by the United Nations of engaging in “textbook ethnic cleansing” of the minority Rohingya Muslims.

Even before horrific violence by military soldiers and Buddhist mobs forced hundreds of thousands of the Rohingya fleeing into neighboring Bangladesh, the Muslims already constituted a small percentage of Myanmar’s population and were only concentrated in a western state, Rakhine.

That state has been under military siege since late last year. Access is denied to journalists and rights activists, but the Muslims who have managed to flee to Bangladesh have told of horrendous violence being carried out in Rakhine. They say soldiers have been killing and raping the Muslims and have even been shooting at fleeing civilians, including women and children, at random.

Medics attending to the Muslims who arrive in Bangladesh have confirmed that injuries on their bodies correspond to their accounts of violence in Myanmar.

Covering up the mess?

The Haaretz report said Myanmar has “in the past” purchased Israeli air-to-air missiles and cannons as well.

“An Israeli company, TAR Ideal Concepts, has noted on its website that it has trained Myanmar military forces. Now the site makes no specific reference to Myanmar, referring only to Asia,” it said.

Attempts to expose the Israeli military ties to Myanmar by Attorney Eitay Mack, “who is active in increasing transparency of Israeli arms exports to countries that violate human rights, have so far been unsuccessful,” the report said. “Last month the High Court of Justice issued a ruling in response to a petition he filed with other human rights activists against the sales, but the ruling was kept classified” at the Israeli regime’s request.

Rohingya Muslims, recognized by the UN as the world’s most persecuted minority group, are denied Myanmarese citizenship as the country’s leadership brands them illegal “Bangladeshi immigrants.”

While some reports have said Myanmar’s de facto leader, Aung San Suu Kyi, may not have an influence over the military leaders to stop the violence, she has adopted a stance that most resembles theirs. A Nobel Peace Prize winner, she has taken almost no meaningful action to end the abuses against the Rohingya.