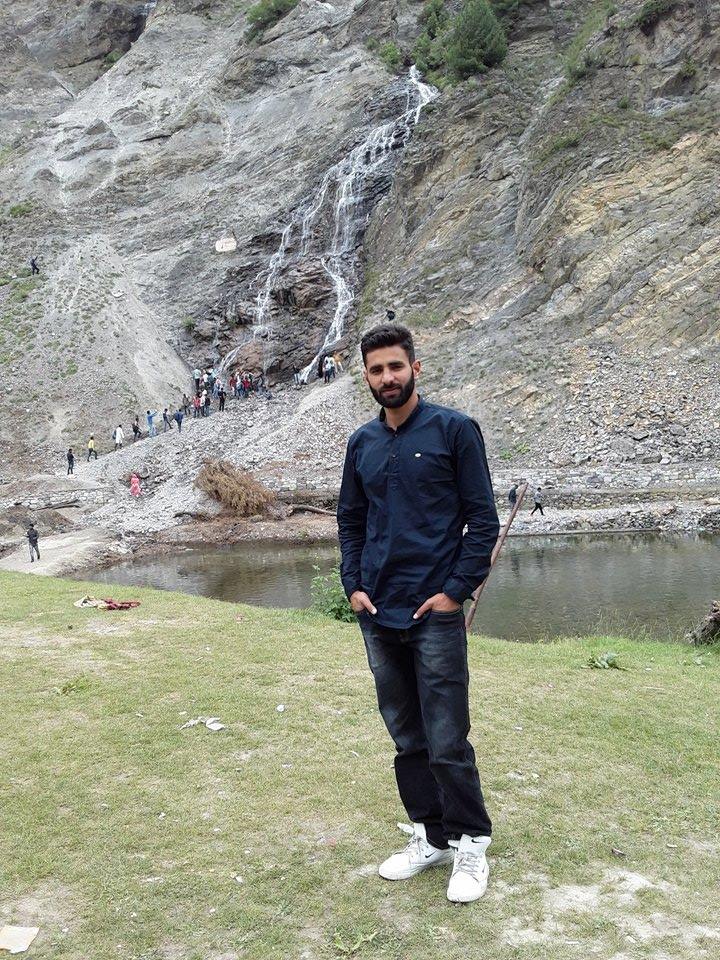 Irfan Ali Najar is from Kashmir, which is described as “paradise on earth”, and is currently pursing masters in political science at Kashmir University. He is also interested in philosophy, Islamic literature and resistance. Irfan is going to be YemenExtra’s journalist for a day through the following written piece:

Political theories could not supply any pragmatic way out, philosophy seems barren to yield a feasible solution and democratic peace thesis surrendered to provide desirable preventive requirements to stop the imposed aggression of Saudi Arabia on Yemen.

Two years passed but still sky missiles of Al Saud tortured the innocent people of Yemen where roads, streets are streamed with blood. People are buried under the debris, children fear the shadow of nights and women smote their chests because of oppression enforced by Saudi Arabia.

Humanity is at stake and injustice continuously made the innocent souls of Yemen desperate. The whole world is drowsy, including the UN, which have blindfolded themselves and turned their backs towards Yemen. A single voice would not be heard condemning  this aggression and feelings are not seen that express solidarity for the people of Yemen. Champions of democracy and human rights activists are mute spectators and remain unconcerned for this violation. Such criminality exists in the world. From one side Saudi Arabia along with rented forces hired from other countries exceedingly utilize sophisticated ammunition, arms and energy against the poor people of Yemen, who bear the brunt of this capitalist cum barbaric monarchical attitude.

Despite high exploitation and destruction, the resistance and dedication of Yemen is adamant in front of this aggression. They are barefooted as they join confrontation, and their nights are sleepless. Lonely Yemen is replying to Saudi’s bombardments and has broken their hopes so far. Such is the inspiration, hope and motivation the Yemenis possess which come to assistance in repelling back Saudi Arabia. It is Saudi Arabia that started this war on Yemen, but i consider it as a suicidal act and would pay a huge price for it.

Saudi Arabia, in this war, is getting annihilated and collapsed all over because Yemeni people are real warriors whose predecessors have defeated Saudi Arabia so many times. People of Yemen belong to this resistance whose confidence is enough to destroy Al Saud. Being a kashmiri, i feel the pain, torture and anxiety of the people who are victims and ruthlessly killed in aerial bombardments.

From a very far distance, my heart bleeds for Yemen as if i am one among those who witnessed the wholesale bloodshed. It is my condemnation towards Saudi Arabia and expression of solidarity with Yemen that i am striking my pen’s ink on the papers. It is my blood that clotted this piece of paper with ink. I want to let Yemen know that in kashmir, we express our feelings to show solidarity and show great anger against Al Saud.

We share the pain and grief that has inflicted Yemen. We have made the emblem of Yemen as our ideal where we unfurl the resistance flag on different occasions to make the world aware that Yemen is not alone. This is our solidarity and love towards Yemen .Our voices and prayers are always with the forgotten nation; Yemen .God willingly, Yemen will come out as the victorious one in this imposed war and put the arrogant nose of Saudi Arabia into the dirt and also under their feet.