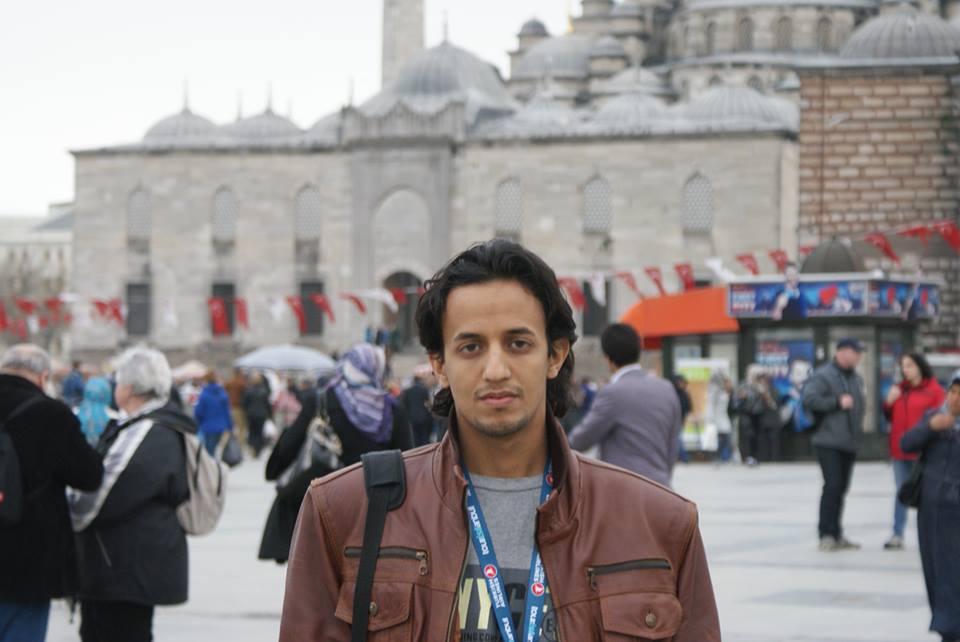 Hesham S. Al-Kibsi is currently residing in the capital city of Yemen, Sana’a, and has been witnessing and enduring the consequences of a ruthless Saudi war on his country. Al-Kibsi is a journalist on the Yemeni English-speaking newspaper, Yemen Observer, and is going tobe YemenExtra’s journalist for today by addressing our audience through his following article:

It’s hard to believe that a country that was called Arabia Felix (Happy Arabia) by the ancient Romans for its amazing agricultural lands and dams as opposed to Arabia Deserta (deserted Arabia) to the north is now starving. Yemen is currently burdened with the world’s worst humanitarian crisis since WWII with 18.8 million people in need of urgent humanitarian help, and over 14 million people facing starvation and malnutrition due to the Saudi-led/US-backed coalition’s aggression that is accompanied with a sea, land and air blockade.

Back in the ancient times, the country produced many products including coffee that was introduced to the world by Yemenis who back in the Sabaean ages ruled greater Yemen which nowadays is comprised of the lands between northern ‘Asir Region which has been annexed by Saudi Arabia and Dhofar Governorate which was similarly annexed by Oman. Sabaean influence can also be found in northern Ethiopia, where the Semitic South Arabian alphabet, religion, pantheon, coffee crops and the South Arabian style of art and architecture were introduced as in the case of other parts of the Horn of Africa.

For centuries, the Sabaeans controlled the trade routes between the Bab-el-Mandeb strait, the Red Sea and the Indian Ocean. During the reign of the Qasimid state, which was arguably the strongest Yemeni Zaydi state to ever exist as it ruled all of greater Yemen, Yemen was the sole coffee producer in the world.

The Qasimid state was so powerful that in 1632 its Imam (ruler) Al-Mu’ayyad Muhammad sent an expeditionary force of 1000 men to liberate Mecca from Ottoman occupation after successfully liberating Yemen before being repelled by Ottoman reinforcements that were sent from Egypt. Nowadays Yemen is considered the poorest country outside of Africa and the one the most corrupt states in the world according to UN and Transparency International reports.

It all started with the Yemeni civil war of 1962-1970 that brought Yemen under regional and international hegemony as the two warring parties were supported by countries competing for dominance over the country. The royalists were supported by Jordan and Saudi Arabia with the latter supplying military aid, as Britain gave covert support for Saudi operations, while the republicans were supported by Egypt and were supplied with warplanes from the Soviet Union. Both foreign irregular and conventional forces were involved in the war that killed more than 300,000 Yemenis. Egyptian President Gamal Abdel Nasser supported the republicans with as many as 70,000 Egyptian troops and weapons of whom only 15,000 were said to have survived and returned home.

Despite several military actions and peace conferences, the war sank into a stalemate by the mid-1960s before a republican puppet-government dominated by Saudi/western hegemony was formed in North Yemen, incorporating members from the royalist faction but not the royal family that was excluded under Saudi pressure. The Saudi policy was to make Yemen a failed state and a starving nation as it hindered oil production in the oil-rich Yemeni al-Jawf Province on its southern border and bought Yemeni tribal sheikhs, government officials and public figures with handsome payrolls in order to sabotage any Yemeni revival.

For example, the now Southern Saudi regions of Najran, Asir and Jizan are part of the historical greater Yemen that were annexed by Saudi Arabia during the Saudi-Yemeni war of 1934, before they were officially ceded to Saudi Arabia by former Yemeni president Saleh at the Jeddah convention back in 2000, thus ending a 60 year old land dispute on the expense of Yemeni lands. Saudi hegemony continued until the Revolution of September 21, 2014, led by the popular Ansarullah Yemeni movement which demanded national sovereignty and national partnership between all Yemeni parties and factions in ruling Yemen. This infuriated Saudi Arabia which is acting as the client of the US, UK, France and the rest of the “Free World” in the region and launched under the direct supervision and leadership of the aforementioned major powers a military aggression by a coalition of regional countries.

attacks by their forces and mercenaries in addition to those who died due to the aerial, naval and land blockade that caused a serious shortage of food and medical supplies, and depriving Yemenis of traveling for medical treatment abroad. The Saudi-led/US-backed coalition invaded Yemen with no UN mandate under the pretext of reinstalling the former Riyadh-friendly regime of Abdrabbuh Mansour Hadi who resigned in late 2014 even though his two-year transitional period which started on February 21, 2012, in a joke election in which he was the only candidate.

In January 2014 his mandate was illegitimately extended for another year with no national consensus. However, he remained in power after the expiration of his mandate. The Ansarullah movement (aka Houthis), allied army forces, and tribal fighters have been defending the nation against Saudi-led aggression. The Saudi-led war, left 70 percent of the country’s 27 million population in desperate need of humanitarian aid, and caused the worst cholera outbreak in the world.

The military and strategic defeat of the invaders and mercenaries; the eternal truth

What Is Happening in Burma Is Encouraged by America, Armed by Israel: Sayyed Houthi