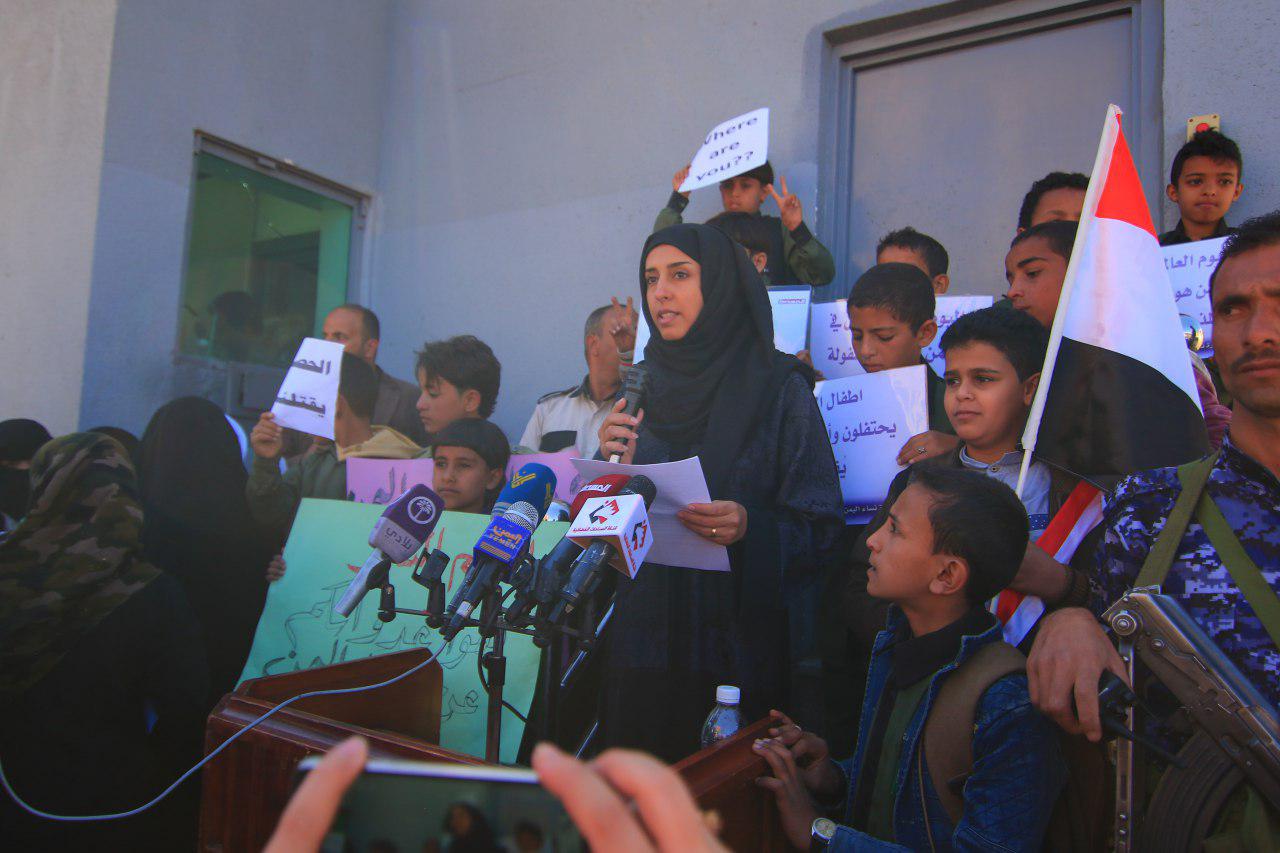 A protest demonstration was held by the children of capital and its environs on International Children’s Day, condemning the crimes of the aggression against the childhood in Yemen.

Where a group of children from the capital Sana’a and its surroundings, on Monday organized a protest demonstration in Sana’a on International Children’s Day, to confront the blockade and the war that imposed by Saudi alliance on their country.

A crowd of children and women participated in the protest demonstration, condemning the daily horrific massacres against human and Yemeni children that committed by the Saudi coalition.

Yemen children carried banners “Children of the world are celebrating and the children of Yemen are being killed with United Nations silence and American-Saudi aggression”.

Dispatch from Yemen: We’re Cut Off and Starving

Save the Children: rights of Palestinian children being eroded in West Bank