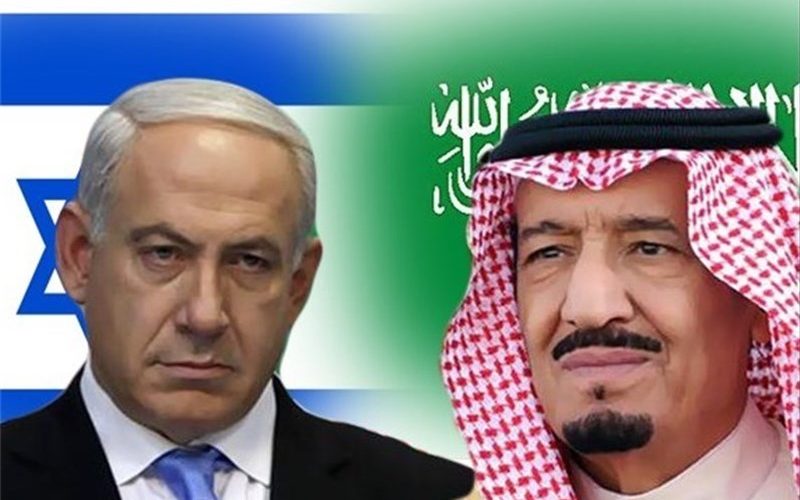 The talk about the closer ties between the Kingdom of Saudi Arabia and the Hebrew State has become a passing story and the normalization of relations between the two countries has turned into an al-Qa’ida, leaving the exception on the roads where the Israeli observer observes the naked eye that there is a qualitative shift in the statements. The decision-makers from the security and political levels without reservation confirms that the game is short.

In the context of the semi-official Israeli broadcasting agency Kan, reported on the intimacy of relations between Israel and Saudi Arabia, in which it said that it sometimes imagined that there is a direct phone between Riyadh and Tel Aviv through which the coordination of statements, in the opinion of observers, accelerated ministers in the entity of the Zionist enemy have launched themselves to unleash the statements in the voice and image of the improved relations between Riyadh and Tel Aviv, and they would not do that, had not received the green light from the Prime Minister of the enemy entity that sees in this relationship, with what The leader of the Sunni world calls it a strategic asset to the enemy entity that suffers from the international isolation imposed on it by its aggressive policy against the Palestinian Arab people, who have been under occupation for nearly 70 years.

In the context of comparing Saudi Arabia’s statements to Israel, particularly Saudi Foreign Minister Adel al-Jubeir and Benjamin Netanyahu’s former prime minister, former defense minister Moshe Ya’alon commented: “It is no coincidence that we hear the Saudi spokesman speak in Arabic what we are saying in Hebrew. We simply view the Iranians as a common enemy.

On the possibility of revealing publicly the relations between Saudi Arabia and Israel, Ya’alon said: I will not be surprised if this happens in the near future.

The Saudi Broadcasting Corporation considered that Saudi Crown Prince Mohammed bin Salman believes there is no escaping talks with Israel in order to fight Iranian expansion, according to her political analyst.

In a related context, Israeli Energy Minister Yuval Steinitz revealed that Israel had made secret contacts in Saudi Arabia amid common concerns about Iran, in the first such disclosure by an Israeli official of such contacts.

In response to an interview with Israel Army Radio about the reason Israel concealed its relations with Saudi Arabia, the minister said: “We have relations with Islamic and Arab countries, which are part of a secret side, and we are not usually the one to be ashamed of.

“The other side is interested in keeping the relations secret, but for us there is no problem usually, but we respect the other party’s desire when relations develop with Saudi Arabia or with other Arab or Islamic countries, and there are much larger relationships, but we keep them secret.

Last week, the commander of the occupation army, General Gadi Eisenkot, told the Saudi Elaph website that Israel is ready to share intelligence with Saudi Arabia, saying that there is a common interest between the two countries in confronting Iran.

“This is a good gesture from Saudi Arabia and is part of a continuous process to prepare the public opinion inside Saudi Arabia to transform the secret relations between the two countries into relations,” said the military analyst at Yedioth Ahronoth. Public.

He explained that Israel has an old dream of talking openly with the Saudis as part of a regional alliance, pro-American, against the Shiite expansion. “The Saudis did not want this public, and now they have taken a small step with great repercussions: the chief of staff who is not a political man, a national level in Israel, speaking directly to the Saudi public about the common interests of the two countries, including security cooperation.

The analyst stressed that this text cannot be a coincidence, he coordinated word – word between Israel and Saudi Arabia. Even the appearance of an Israeli chief of staff in a Saudi media is not just a finger in the eye of the Palestinians, but mainly a guide to the middle finger of the Iranians, the Syrians and Hezbollah.

He revealed that behind this interview is hiding a movement in the American peace plan for the Middle East, which has been prepared for months by Greenblatt and Kouchner, President Trump’s envoy to the Middle East. In March, Trump will have to decide if he will go through the plan with all his might, or he takes the impression that he has no hope of achieving it and abandons it. A few months ago, a US-brokered consensus emerged between Israel and Saudi Arabia on a series of steps to build Trust between the two countries.