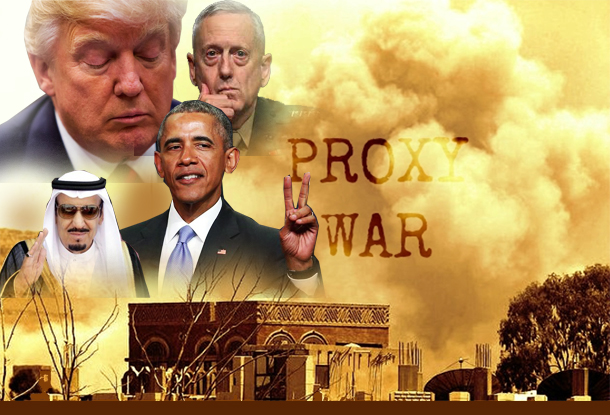 Will the missile of Riyadh ends UAE role in Yemen?

The UAE still continues its horrible crimes against Yemeni people both inside and outside the prisons, and today, the southerners are more hostile to UAE, especially after they have fallen as victim to the Zionist-American interests under the pretext of secession and return of legitimacy.

After nearly 1000 days from Saudi-US aggression with the military operation that called “firmness storm “, which raised the slogan of rescue of Yemen, but divided it to a Saudi-UAE influence areas, and UAE control the west and south coast and control ports and displacement of the people to establish military bases, Saudi busy on the southern border to protect the borders from Houthis and their ballistic missiles, and the Yemeni citizen became hungry, homeless , and the diseases, hunger and poverty began to destroy Yemeni people.

According to observers, UAE today turned from a participant in the coalition to a decision-maker, supports armed groups, practice illegal detentions and enforced disappearance in Yemen, while western and local reports have also revealed that UAE have established several secret prisons, where they practice torture of Yemenis only and nothing else.

There are also several armed groups working outside the framework of so-called Yemeni resistance for Al-Hadi and supported by UAE and Saudi Arabia, such as Abu Abbas Al-Salafiyyah group, Al-Hadramia forces, the security belt, Al-Sa’alik brigades and others, and these things indicate that UAE in the south deals as occupier with the southerners, and seeks to full control on Yemeni wealth, while UAE and its militias continue to push the sons of the southern tribes to prisons and commit various types of crimes in front of international community and Gulf Cooperation Council.

The strategic researches in the Arab world indicates to one of the most important cupidity and aims of UAE in Yemen, Salah Al-Qaderi confirmed that UAE has five strategic goals in Yemen; eliminating the reform movement as part of the Muslim Brotherhood, overthrow of Hadi’s legitimacy and thwart of the Arab alliance project to make Yemen as a strategic depth for Saudi Arabia, joining south of Yemen to the United Arab Emirates, establishment of a military bases to control Bab al-Mandab and Aden Gulf and control Aden port and neutralize it so as not to become a competitor to the port of Dubai.

The UAE control Yemeni islands such as Miyon island as type from Emirati expansion, some of analysts believe that the actions of UAE forces against Yemen and Yemenis and have taken their homes, their towns and strategic areas as military bases, ports and airports, are a message to the Saudi partner that it can be unique in its decisions.

The UAE exploited Saudi internal situation and the battles in its borders to extend its control and expand to be the strongest influence in the future, not only in Yemen but also in the region, so it decided to establish a military base in Miyon island without knowledge of the so-called legitimate government to control the entire island.

We must wait the UAE consequence, while there are many questions about the UAE occupation in Yemen, Will the next target of the Yemeni missile force be UAE?, and the ballistic missile that targeted King Khalid bin Abdul Aziz Airport in Riyadh and raised Bin Salman’s fears that Ansar Allah would turn to a new “Hezbollah”, will the next target be the UAE depth?.

Syria and Yemen: A tale of two conflicts