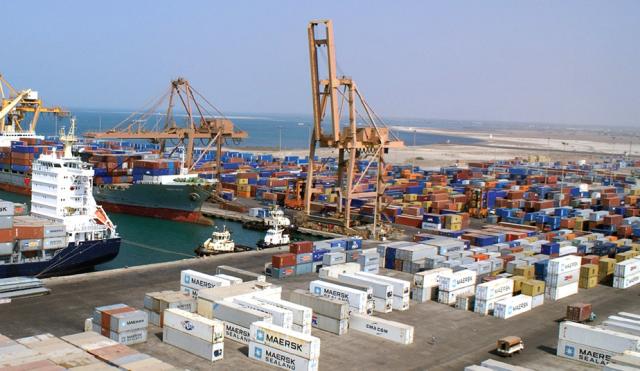 The Yemeni Red Sea Ports Corporation (YRSPC) denied reports published by media of the Saudi-led aggression claimed that it had allowed commercial ships and oil vessels to dock in the port of Hodeidah.

The “YRSPC” stressed that these claims are not true and comes within the framework of the campaign of fabrication that media of aggression used to do, a thing has been used to exaggerate the international community and falsify the facts.

The deputy chairman of the Red Sea Ports Corporation, Yahia Sharafuddin, revealed in a press conference held yesterday at the docks of the port of Hodeidah, the falseness of the remarks made by countries of aggression, which announced for the third time the opening of the port of Hodeidah for the entrance of the ships while nothing has happened.

He stressed that the port has not been opened since the first announcement, citing that the port is free of any commercial vessel or even relief ships.

He added that “The continuation of the Saudi-led aggression continues his fake claims of opening the port of Hodeidah comes within the framework war of words that he has been waging against the port since the beginning of the aggression and the siege on Yemen.”

He stressed that the closure of the port of Hodeidah is a slow death for the Yemeni people because it holds great importance in relying on it mainly through the arrival of food, medicine, oil products and others, both in previous periods and after the aggression, which is the main outlet for the entry of foodstuffs, relief and oil to meet the needs of the Yemeni people .

The deputy chairman of the Red Sea Ports called on United Nations organizations to carry out their humanitarian duty towards the Yemeni people and to pressure the countries Saudi-led aggression to allow entry of food and oil.