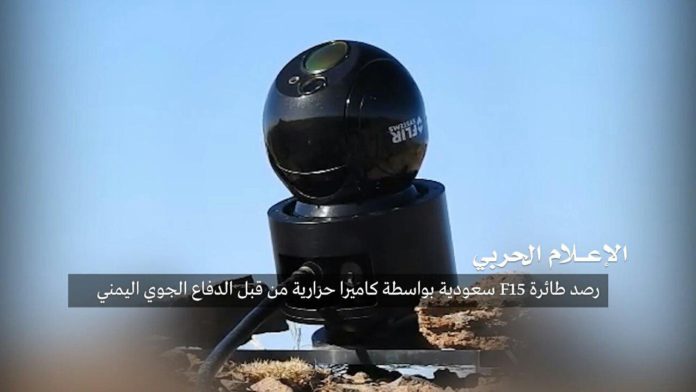 The YADF this Tuesday evening( 9:00PM, Sana’a local time) has announced the inauguration of a production line for a new version of an air defense missile. This comes after 48 hours of shooting down Saudi Tornado fighter jet in Sa’adah, and targeting F-15s fighter jet over capital Sana’a.

The report did not reveal the type of this system as it want it to be surprise for Saudi-led aggression forces so they may not buy new defenses for it.

The statement issued by air defense forces, said minutes ago, that the missile system is “a completely indigenous technology.”

Yemen occasionally announces production of sophisticated homegrown weapons that can be independently verified. The statement added these air defenses were able to shoot down two Saudi jets, tornado fighter jet on Sa’ada and F-15s over Sana’a.

In 2017 and 2018, Yemen began a military self-sufficiency program under which it produces mortars to missiles and tanks to submarines.

Yemen has been trying to acquire the system for months toward off repeated aggression threats by Saudi Arabia and Israel of bombing Yemen facilities continuously.The statement also announced that the system is now operational.

The missile defense system is considered to be one of the most advanced of its kind in Yemen, offering long-range protection against both aircraft and missiles.

The Yemeni Air Force has trained for a scenario in which it would have to carry out drone strikes in Saudi Arabia or even Israel on as Hezbollah leader revealed in his latest interview with the Arabia News TV Al Mayadeen.

In that interview, Sayyed Nasarullah revealed that Yemen Supreme Leader Sayyed Al Houthi has sent him a message saying Yemenis ready to fight against Israel at any time.