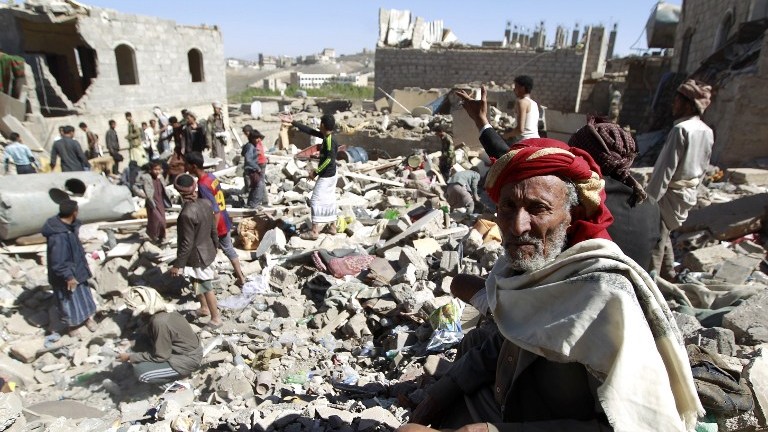 At least seven civilians were killed and another was wounded when the warplanes of the Saudi-led coalition conducted 37 airstrikes on various Yemeni governorates over the past 24 hours, officials and medics told YemenExtra on Tuesday.

In the southwestern governorate of Taiz, at least seven civilians were killed and another was wounded when an airstrike hit a water well in Salw district.

In the capital Sana’a, an airstrike struck Dailami base.

In Hajjah governorate, the warplanes waged 16 strikes on several areas of Haradh and Medi districts.

In the bordering governorate of Najran, the warplanes waged eight strikes on Shurfah and Shabakah positions.