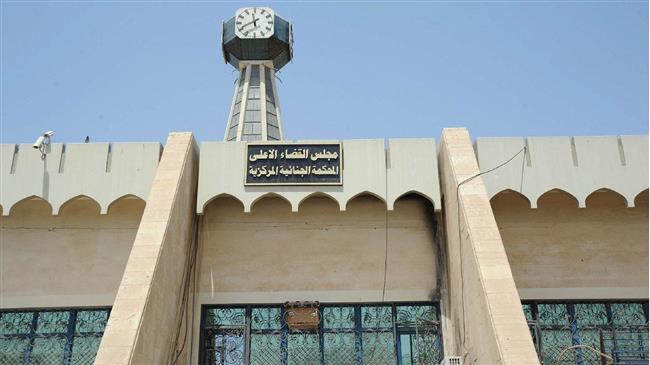 A court in Iraq has sentenced six Turkish women to death and handed down a life term to another for membership in the Daesh Takfiri terrorist group and carrying out acts of terror in the war-ravaged Arab country.

A judicial source, speaking on condition of anonymity, said the Central Criminal Court issued the verdicts on Monday as women, all accompanied by small children, attended the hearing.

The women told the court they had entered Iraq to join their husbands, who were fighting within the ranks of the terror outfit.

Iraqi Prime Minister Haider al-Abadi said on August 31, 2017 that Tal Afar and the entire Nineveh province had been purged of Daesh terrorists.

The recapture of Tal Afar was made possible with the help of the Iraqi army, Federal Police, Counter-Terrorism Service (CTS) units, Hashd al-Sha’abi fighters and the Interior Ministry’s elite rapid response forces, Abadi stated then.

In January, Iraq’s Central Criminal Court sentenced a German citizen of Moroccan origin to death by hanging in accordance with Anti-Terrorism Law.

Abdul Sattar al-Biraqdar, spokesman for Iraq’s Supreme Judicial Council, said the woman, whose identity was not disclosed, had confessed during investigations that she traveled from Germany to Syria and then to Iraq, because she had a strong belief in Daesh.

The German citizen was accompanied with her two daughters, who later married members of Daesh terrorist group.

“The woman is accused of providing logistical support to the terrorist organization, and helped them commit their criminal acts. She is also convicted of complicity in attacking Iraqi security forces,” Biraqdar said.

Iraq has detained at least 560 women, as well as 600 children, identified as Takfiris or relatives of Daesh terrorists.

Experts estimate that a total of 20,000 people are being held in jail in Iraq for alleged membership of Daesh. The Baghdad government has not released an official figure as yet.