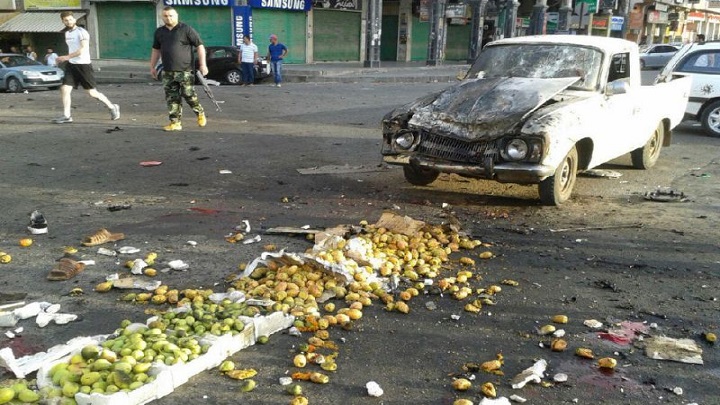 Dozens of civilians have been killed and dozens more injured in a series of terrorist attacks, including bombings, which hit Syria’s southern Province of Sweida

According to state media reports, clashes broke out between government forces and Daesh remnants, who launched attacks on several villages northeast of the provincial capital of the same name, on Wednesday morning

The Syrian military foiled Daesh attempts to infiltrate the villages of Douma, Tima and al-Matouna, while the Air Force pounded militant hideouts as the authorities were hunting them down in the city

Inside Sweida City, at least two bombers detonated their explosives in two locations, including a marketplace

According to the official Syrian Arab News Agency, two other attackers were chased and killed before they could blow themselves up

Citing Syrian health officials, the Lebanese al-Manar TV said at least 50 people have been killed in the city and its countryside in the multiple attacks

The terror group’s remnants, however, have been trying to re-emerge, including in the northern city of Raqqah, which was once its headquarters