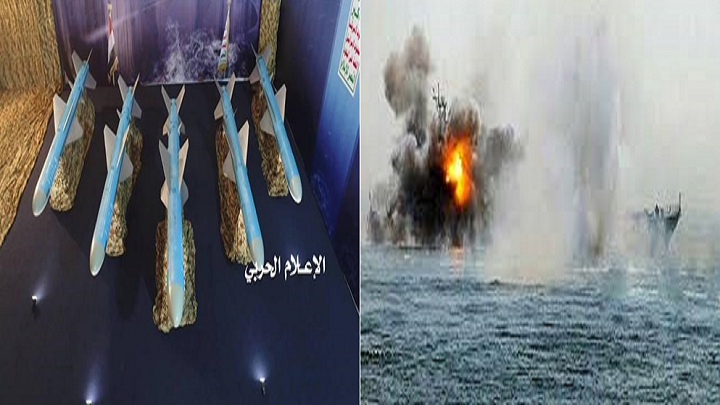 The naval force targeted on Wendsaday a saudi barge dubbed in western coast ” Damam, which belong to Royal Saudi Navy

On June, Yemeni naval forces have reportedly targeted a Saudi military vessel in a missile attack off the coast of Yemen’s southwestern province of  Hodeida, western Yemen

On January 30, Yemeni army forces, backed by fighters from allied Popular Committees, fired a guided missile at al-Madinah warship in waters near the city of Hudaydah

On January 21, the Yemeni coast guard warned enemies’ battleships against using the strategic Bab el-Mandeb Strait, which connects the Red Sea to the Gulf of Aden, to bomb civilian targets, emphasizing that such a practice poses grave threats to international maritime navigation in the area

On October 2016, Yemeni forces and Popular Committees fighters destroyed an Emirati HSV-2 Swift hybrid catamaran off the shores of Mukha

On April 2017, Yemen Naval shocased domestically-manufactured naval missiles at an exhibition in the western port city of Hodeida

Saleh al-Sammad, the Former president of Yemen’s Supreme Political Council, was among the officials visiting the exhibit, during which the missiles belonging to the country’s Navy and Coastguard were put on display