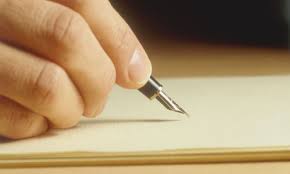 By: BY SEN. RAND PAUL

“Made in America” has meant a lot of things over the years, and it can mean different things depending on your perspective. Unfortunately, if you live in Yemen, you are the latest in a long line of places for whom that phrase means war, weapons and destruction.

One of the main goals I have in serving in the U.S. Senate is to bring back a constitutional foreign policy — that means Congress debates and votes on war. For far too long, we have been involved in wars, police actions, nation-building, and conflicts that are done without proper authority, and I believe we are worse off for it, and we are less safe as a result.

Currently, we are aiding and abetting a conflict that has killed tens of thousands, displaced hundreds of thousands, and has nearly 17 million people on the edge of starvation.

Where is this? The answer is Yemen. Most Americans would have trouble finding Yemen on a map. I’m confident most wouldn’t know of our involvement in their civil war. Your government is there, without your permission, but with your tax dollars and weapons of war.

Right now, this war is causing a humanitarian crisis that many experts believe will be worse than the one in Syria, where millions have been displaced. There is a large outbreak of cholera, and widespread famine. Yemen gets 90 percent of its food through ports that have been blockaded for over a year. This is not the kind of famine that happens because of bad weather or poor climate. This is man-made famine, and we bear a startling amount of responsibility for it.

Why? Because we contribute to supply arms, bombs, technical assistance, and training to the Saudi-led coalition that is fighting in Yemen.

Recently, you may have seen the headline that more than 50 people, mostly children, were killed by a bombing of a school bus. The Saudis admitted some culpability in it, but it was largely met by silence by our government and our media. The same thing happened when they struck a funeral procession, killing more than 150.

This isn’t new. So far in this conflict, nearly two thirds of the casualties have been civilians. And many of them were killed by weapons we supplied or taught them how to use.

Unfortunately, if you’ve been following American foreign policy for the past 15 years, you probably know the answer to that. Much like Iraq, Lebanon, and Syria, the answers are no, no, and no.

I’ve tried to call attention to these previous failures and now to the one in Yemen because it matters. It matters if we follow the Constitution and have Congress initiate war. It matters if we have a debate about what is in our national interest. It matters if we debate whether something makes us more or less safe. It matters if we even know what side our government is on in yet another civil war around the world. And it should matter that our policies and bombs kill tens of thousands of innocent people.

Over the last year and a half, I forced two actions in Congress. One was reconsidering the 2001/2002 Authorizations for Use of Military Force, begun a generation ago in Afghanistan and Iraq. They are still being used to justify war, and that is just wrong. Congress unfortunately failed to fix this.

I also teamed up with my colleague Sen. Chris Murphy (D-Conn.) in a bipartisan attempt to shine the light on our actions in Yemen by halting some arms sales to Saudi Arabia.

This is important, because this is how we are involved in Yemen, in a partnership with the Saudis. Much like Libya and Syria, we are acting in a baffling way that does not serve our interests. The Saudis have a proxy war in Yemen with Iran, and we’ve been sucked into it. There is no good guy in this, and we shouldn’t act like there is. Saudi Arabia finances terror and radical Islamist teaching around the world. Iran has funded Hezbollah and supports their own terror networks around the region. Neither have our best interests in mind, and we should learn from our mistakes and not back one group supporting radical terror against another doing the same.

The Obama unconstitutional intervention in Libya destabilized the country and made us less safe. Our meddling in Syria has done the same. Now we are adding Yemen to the long list of policy failures that lead to humanitarian crises and a void perfectly suited for radical Islam to take hold.

We must learn from these mistakes. We must stop being co-conspirators in the deaths of innocent people. We should begin by fully debating and voting on war and returning to a constitutional foreign policy.