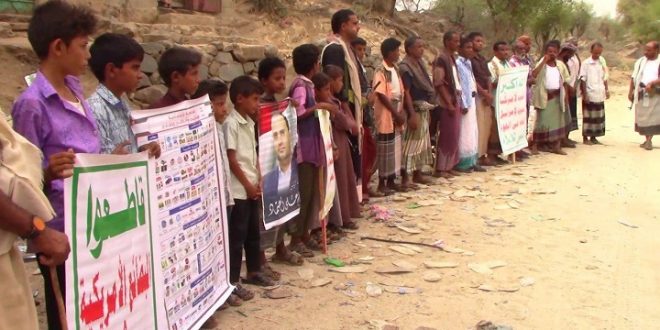 Citizens of al-Hamra within the district of Mustbaa held a protest in the province of Hajjah to denounce the crimes perpetrated by the Saudi-led coalition and its paid-militias against the Yemeni people.

The participants denounced the economic war on Yemen, which they described as a pressuring tool on the civilians, attempting to starve the population after it has failed militarily on the ground.

The participants in the event affirmed that they are ready to fight any battle against the Saudi-led coalition, declaring public influx toward the battlefields in order to fulfill victory and liberate Yemen.