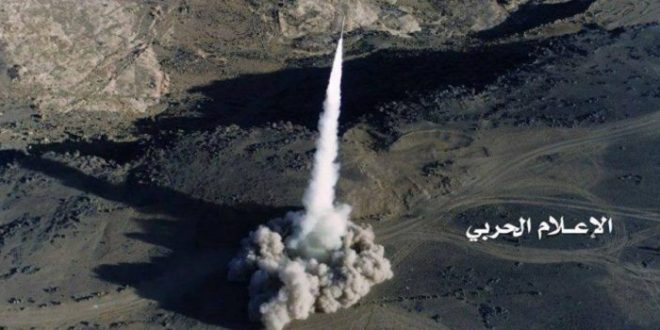 The missile force of the Yemeni Army and Ansarullah said that it targeted Aramco Refinery on Friday with a local-made ballistic missile, type ”Badr-1”, in the Saudi southern bordering province of Jizan.

The source also confirmed that the missile reached its target precisely and achieved its objective successfully.

This attack comes in retaliation for the Saudi daily war crimes in Yemen, the latest of which was the targeting of a bus station in Hodeidah, where at least 15 civilians lost their lives and 15 others were injured.

Yet another two Saudi war crimes in Yemen’s Hodeidah