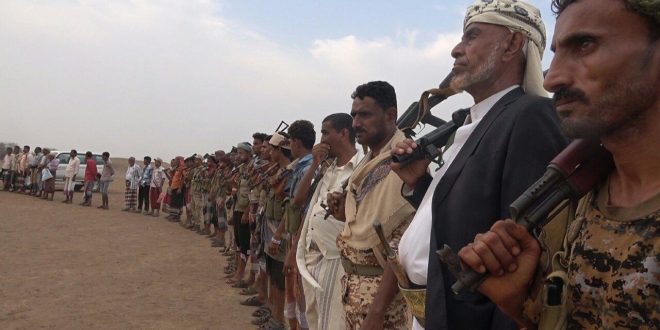 Civilians within the district of al-Munira in the province of Hodeidah, western Yemen, held an armed protest in order to express their outrage and to condemn the crimes of the Saudi-led coalition, backed by the US/UK/UAE, and the direct targeting of homes of innocent citizens in Tihama, Hodeidah, and its districts.

The participants denounced the international silence toward these crimes, bearing the international organizations and the United Nations the complete responsibility for such heinous crimes against innocent Yemenis.

Moreover, they demanded accountability of the perpetrators of these crimes and bring them to the international courts to receive a penalty for committing countless massacres and abuse of the people of Yemen.

During the event, public mobilization was declared, where participants threatened the Saudi Kingdom and its allies with fierce confrontation.

Formation of a Humanitarian Medical Airlift for Yemenis to Receive Treatment