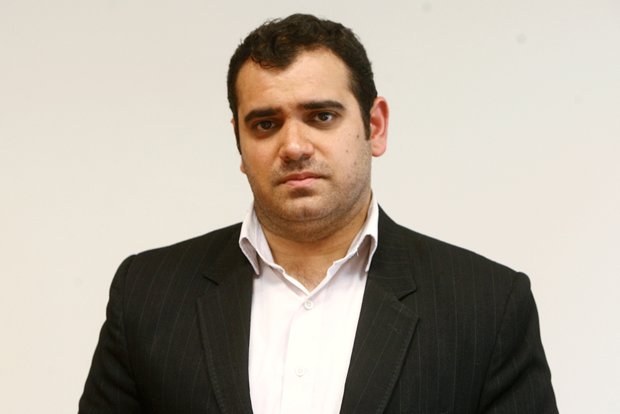 Over the past few days, whispers were heard about the “vague future” of Bin Salman, the young Saudi prince, in regional and international sources. The fact is that Bin Salman is extremely afraid of his political future, because there is no guarantee that his physical or political removal will not come true in the near future.

The shooting incident in al-Khazami region which led to the injury of the Saudi Crown Prince, (the details of which haven’t been yet disclosed) and his subsequent absence, is a prelude to a serious political earthquake in Riyadh. The differences and arguments inside the Saudi royal family and their numerous regional and political defeats will soon provide the ground for the fall of the Saudi regime. The ruler of the Saudi regime was wounded at the al-Khazami Palace in a shooting event in early May and, after this incident, he disappeared for a long time.

Even now whispers are swirling over his removal of his current status. A recent report which was recently published by the Times magazine, indicates the willingness of the Saudi court to abandon Bin Salman. In an article titled “Mohammad bin Salman Days are numbered”, Michael Burleigh argues that the Saudi controversial Crown Prince Mohammed bin Salman has only few days left in power.

Burleigh started his article saying: “Hopes that the Saudi Crown Prince Mohammed bin Salman would be a reformer who could heal the region have come to nothing.”

In the article, the writer went to highlight how western media had widely-reported the prince’s world tour last March drawing a picture of him as the Saudi strongman who is working for political and economic reforms. However, several doubts have been raised as a result of recent decisions taken by his father, King Salman.

Meanwhile, the Crown Prince’s war on Yemen and the huge amount of money it is draining, in addition to the cold war he launched against Qatar, show clear signs of failure.

Burleigh then points to the existing gaps among the Saudi royals over bin Salman plans:

The gap between the crown prince’s hype and reality has become glaring. Remember the high-tech city of Neom, which was to be conjured up on the Gulf of Aqaba? This $80 billion project and the reconfiguration of the Saudi economy set out in MBS’s “Vision 2030” depended on the flotation of 5 per cent of Saudi Aramco, the state-owned oil and gas company. The whole would be valued at $2 trillion and foreign investment would flood in for the entertainment, tech and tourism sectors.

King Salman seems to have cancelled the flotation. A New York float risked Saudi assets being seized because of an American class action against the kingdom for allegedly withholding information about the 9/11 attacks.

He continues: There was also criticism within Saudi Arabia of the decision to sell part of the “crown jewels” to foreigners, not least from princes who feared that it would shed light on their opaque perks and stipends. The economist and entrepreneur Essam al-Zamil was arrested for merely tweeting sceptically about the flotation. As for foreign investment, after the detention and extortion of allegedly corrupt Saudi billionaires in Riyadh’s Ritz Carlton hotel $150 billion has flown out of the kingdom, and foreigners are not rushing to invest their own money.

But the story doesn’t end here. In early 2018, news were released of some Saudi officials involved in the Yemeni war. On the eve of the fourth year of the Saudi Arabia’s opening fire on Yemen, King Salman bin Abdul Aziz dismissed some of his country’s top military commanders by issuing royal decrees. The dismissal of these high-ranking military commanders was made shortly before the trip of Muhammad bin Salman to Britain, France and the United States.

Saudi Arabia’s crown prince replaced a number of senior generals and in a rare move… Mohammed bin Salman is expected to be confronted with fierce protests on his visit to Britain early next month after the deaths of thousands of Yemeni civilians in bombardments by the Saudi-led coalition. The war is nonetheless in a state of stalemate.

The fact is that now, bin Salman is blamed by the Saudi court for of defeat in Yemen and the rising expense of the Saudis in this scene. However, the signs of Saudi Arabia’s defeat in Yemen, throughout the region and in the world is becoming more and more clear. Under such conditions, Mohammed bin Salman seeks to reduce the cost of this heavy defeat in any way possible, but the harder he tries, Al Saud is more likely to fail.

Along with the ongoing developments in Yemen and the Saudi House, we should point to a more important issue, that is, the general dissatisfaction in Saudi Arabia of the ruling family. In the near future, this issue can turn into Saudis’ Achilles heels (even if bin Salman is ousted from power). The corruption of the Saudi House can be in no way ignored. The financial corruption of the Royal Family is such that all Saudi citizens are aware of it. While poverty raises in many parts of Saudi Arabia, Saudi officials continue to plunder their country’s resources.

Despite the fact that Saudi Arabia is enjoying the rich revenues from oil sales and pilgrimages, the people of Saudi Arabia suffer from poverty, injustice, unemployment and other social problems. Experts see the cause of this in the appointment, and not selection of the rulers, the lack of public supervision over the authorities and budget spending, lack of a modern constitution, the monopoly of power in the hands of the Saudi family, and the Saudi family’s dependence on the West, especially on the United States. Poverty and unemployment in Saudi Arabia, which is one of the richest countries in the world, have turned to a political bomb which may explode any moment.

Britain as Others, No One Offers Real Participation to Stop Crisis in Yemen: Report