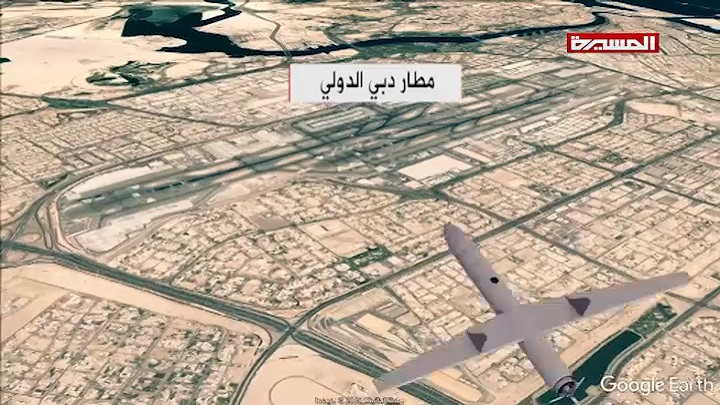 The air raids were waged on the airport, which is more than 1,200 km away from Yemen, by the army’s Sammad-3 drone, added the source.

The air traffic from and to the airport was disrupted after the drone’s attack, official sources at the airport reported.

This is the second time that Dubai, the economic capital of the UAE, targeted in response to its main participation in the war against Yemen and the commission of hundreds of crimes against civilians for nearly four years.