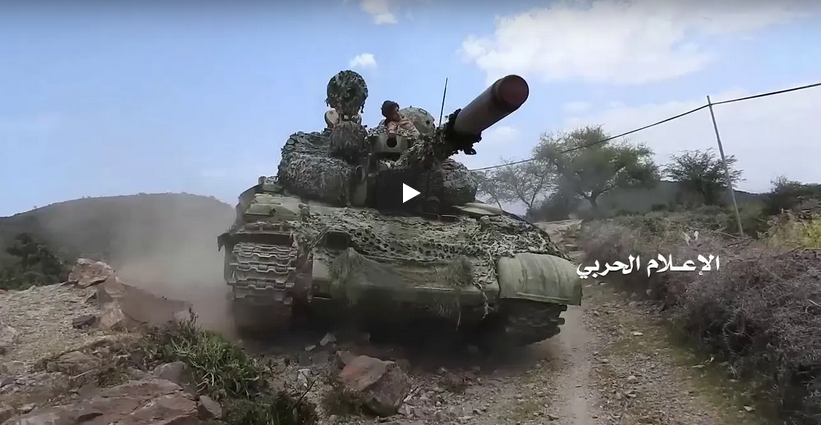 The military media of the Yemeni army and popular committees on Friday distributed a footage showing the army forces shelling the positions of the coalition-backed forces at Naqeel al-Khashabah district in the Yemeni southern province of Dhalea.

The video showed the moment when a tank’s shells hit the militants sites.

Yemenis to Come Out Victorious from Saudi War: Al-Houthi