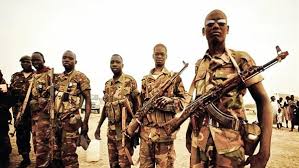 The Saudi -led coalition, backed by us, sent a large number of reinforcements from the Sudanese Army to Hodeidah front in the past weekend, the coalition announced.

“The aim of the arrived Sudanese servicemen will be to reinforce troops already deployed there in order to fully control the territories which remain under control on the Yemeni army forces,” the Saudi Coalition stated, massdar news reported.

The Saudi Coalition has been attempting to capture the strategic Hodeida Port in Western Yemen for several months now.

Hodeidah is a strategic port city which should be supporting more than 20 million Yemenis. It should be the source of at least 70 percent of all imports to Yemen,” Suze van Meegen, a protection and advocacy adviser with the Norwegian Refugee Council, told AFP. The US-Saudi-led coalition has been eager to retake from Yemeni joint forces control, according to Yemeni officials.. But the former UN special envoy to Yemen, Ismail Ould Cheik, warned against attacking the port city over potential catastrophic consequences to Yemen last year. Martin Griffiths, the new special envoy to Yemen, echoed the same concern over attacking Hudaydah at the UN Security Council .

The United Arab of Emirates bought weapons from Israel to kill the Yemeni people, an Israeli Journalist and academic researcher at Begin-Sadat Center for Strategic Studies said.

A report releasled by Human Watch Rights, recently,  warned Britain, France and the United States that they risked complicity in unlawful attacks in Yemen by continuing to supply arms to Saudi Arabia.