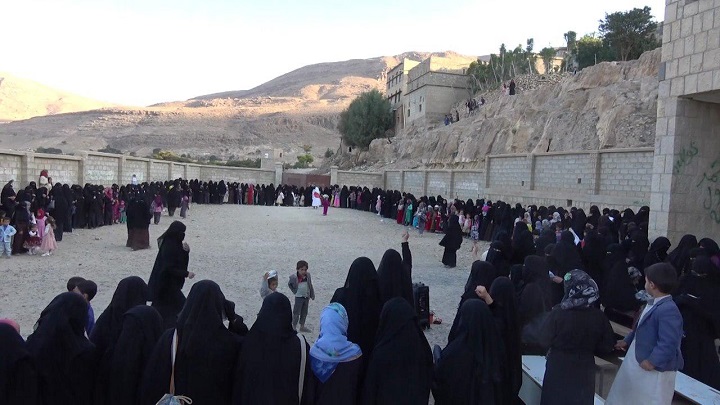 The women of Al-Makhad in the district of al-Jabl in Amran Province held a demonstration to condemn the Saudi-led coalition and its ongoing war crimes for the fourth year in a row.

The participants in the demonstration expressed their stand against the Saudi regime and its allies and pledged to remain firm and steadfast in confronting its economic war against the Yemeni people.

They also confirmed their support for the Yemeni National Army and Ansarullah and expressed willingness to continuously supply the battlefronts.

Despite its records, Saudi Foreign Minister claims this about the War on Yemen at UNGA