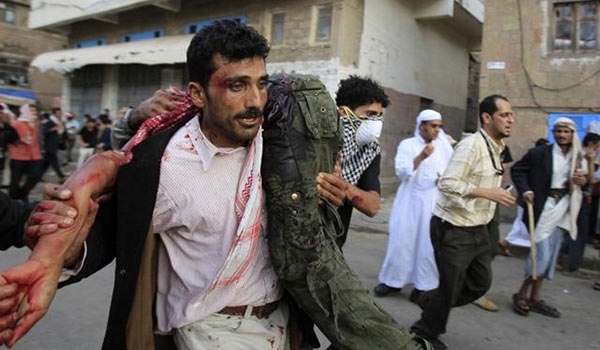 Recorded Crimes of the Saudi-Led Coalition on 19.Oct.2018

The US-backed Saudi-led coalition continued on Friday its raids on a number of provinces, leaving killed, wounded and property damage.

In the coastal province of Hodeidah, a civilian was killed as three aerial raids targeted al-Rahma Mosque in the district of Marwah.

In the northern province of Saada, densely populated villages in the bordering region of Razih were subjected to Saudi rocket fire, causing extensive property damage.