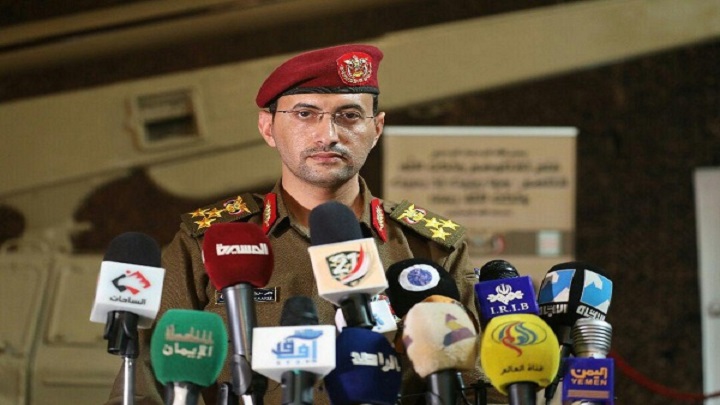 Coalition’s Forces on Western Coast Living in a State of Panic, Psychological Collapse: Spokesman of the Yemeni Army

Quoted from the official Saba News Agency, the allegations of the enemy media about achieving victories of its forces on the fronts of the western coast and other fronts is nothing but misleading media and the fallacy of the enemy to practice to cover his failure from making any progress on the ground and what his forces inflicted of loss in lives and equipment, the spokesman of the armed forces, Brigadier General Yahiya said on Sunday.

The enemy tried to infiltrated on the fronts of Kilo-16 and west of Hodeidah Airport on a continuous basis and his forces had a terrible defeat, while 40 of his fighters were killed, including leaders, injured more than 60, 12 warship, vehicles were destroyed and the army seized kits and amount of light and medium weapons, Brigadier General Sarei added.

The drone carried out with artillery weapon a joint military attack targeted the enemy forces gatherings in al-Aqd area south of Killo-16.

The Yemeni army and popular forces carried out an offensive on the enemy forces in al-Jabaliah area in al-Tahita, and repelled an infiltration attempt east of Hais, inflicted it losses in lives and equipment’s.

The US-Saudi coalition’s warplane tried to support its forces with scores of airstrikes and Apache warplane but failed to achieve any field progress, he confirmed.

The enemy forces are living a state of panic, great mental and psychological collaps. While the information confirms that there is significant rejection by enemy fighters who refused to continue the battle and escapes from the battlefield continue, dozens of mercenaries from Dale’s sons were fled on Sunday.

Sarei greeted the legendary resistance of the army and popular forces in their defense of homeland against the US-backed Saudi-led aggression coalition, also praised Tihama’s sons’ attitudes in confronting the enemy.