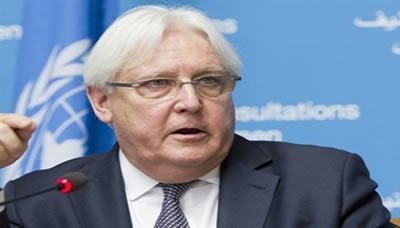 United Nations Special Envoy to Yemen, Martin Griffiths, said that the national delegation representing the Supreme Political Council of Yemen has agreed to the general framework agreement which is meant to end the crisis in Yemen. However, the delegation of the Saudi-backed Hadi regime has so far refused, according to Griffiths.

The move came during a briefing by the UN Envoy to the United Nations Security Council on Friday.

Observers said that Griffiths’ remarks on the so-called “legitimate government” that is the exiled Hadi regime, is a clear sign that Riyadh is obstructing the peace efforts organised by the UN.

Analysts also stated that the briefing of the UN on Friday evening gave a lot of clarity about some cases, especially compared to earlier briefings to the Security Council.

On his Twitter page after the end of consultations round held by Sweden between the national delegation and the delegation of Riyadh, Mohammed Ali Al-Houthi, Head of the Supreme Revolutionary Committee, praised the role of the UN envoy to Yemen Martin Griffith in order to bring peace to the country before starving it.