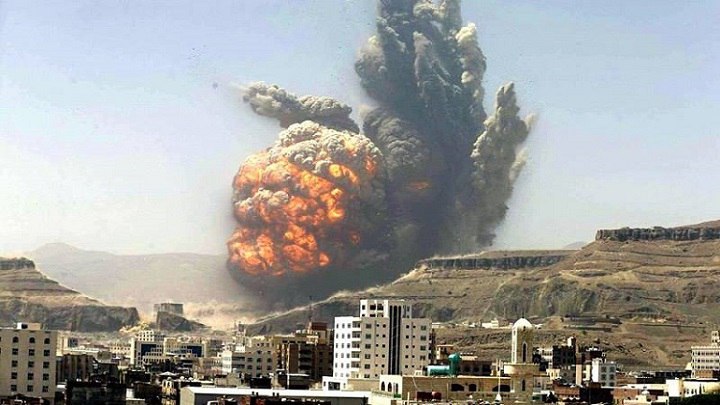 The US military said on Tuesday that B-52 bombers will be part of additional forces being sent to the Middle East as thousands of Yemenis fell dead and wounded since 2015.

White House national security adviser John Bolton said on Sunday that the United States was deploying a carrier strike group and a bomber task force to the Middle East.

Captain Bill Urban, a spokesman for US Central Command, said that the bomber task force would consist of B-52 bombers.

US officials, speaking on the condition of anonymity, said four B-52s would be deployed, though that number could change. The United States has regularly maintained a bomber presence in the region, and B-1 bombers were there as recently as last month. The B-52 is a long-range, nuclear-capable bomber.

The military also confirmed that the Abraham Lincoln carrier strike group had already been scheduled to go to the Middle East.

Announcing details of the force on Tuesday, the US military did not provide specific details of intelligence.

Southwestern Yemen is the scene of international, local terrorism