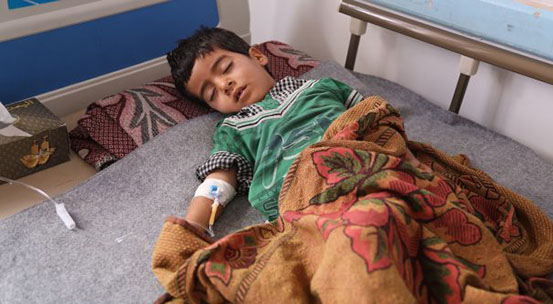 “After the aggression coalition closed Sanaa International Airport for more than three years, it is currently trying to close Aden International Airport by restricting and canceling Yemeni Airlines flights to prevent the return of stranded Yemenis, especially in the holy month of Ramadan,” Yemen News Agency (Saba) quoted Ghanem as saying.

This issue is threatening the lives of more than 3,000 cancer patients in the central Yemeni governorate of Ibb.

Director of Al-Amal Oncology Centre in Ibb, Dr. Baleegh Taweel, said the total number of cancer patients in the governorate reached 3,150 people, including 400 children and 800 displaced people from other governorates.