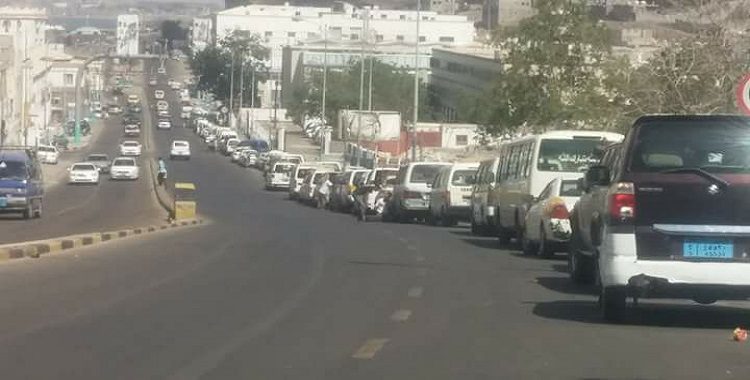 Y.A
In light of the deteriorating security and economic conditions in the provinces under the Saudi -led coalition, backed by the US, Aden is experiencing a severe crisis in domestic gas, after the manipulation of the government of mercenaries this basic material.

The gas crisis has started to worsen in the city of Aden, the officials said, stressing the disappearance of gas pipelines at most points of sale, which set the price of the sale of one tube in a number of stations 5400 riyals per head.

Citizens complained of gas tampering, as a truck carrying cylinders arrived in the area to carry out the operation quickly, within an hour as a result of the crowding of citizens searching in different districts of Aden.

Observers confirm that the government of paid fighters behind the crisis by reducing the share of the province of this article in order to make fictitious profits in favor of some influential.