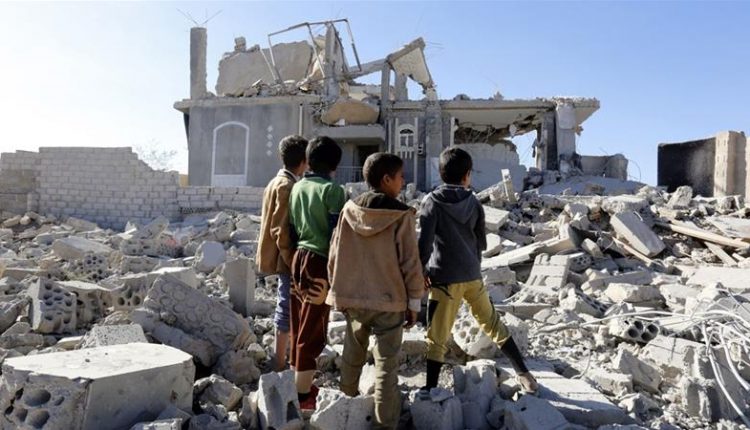 The Iranian government on Monday welcomed the unilateral withdrawal of Ansarullah movement’s National Salvation Government from three ports in Hudaydah province as “constructive”, stressing Tehran’s support for the Stockholm accord.

“The Sana’a government’s measure to protect the Stockholm agreement shows the National Salvation Government’s will and commitment to talks and implementation of its undertakings on one hand, and the Saudi coalition’s non-commitment and attempts to trouble the agreement, on the other,” Foreign Ministry Spokesman Seyed Abbas Mousavi said on Monday.

He reiterated Iran’s support for the Stockholm agreement, describing its implementation as a prelude to the achievement of a comprehensive and final political solution to establish peace in Yemen.

Mousavi referred to the abundant problems imposed by the Saudi-UAE coalition, and said, “The UN and the influential countries should pressure the coalition to show commitment to their undertakings and abandon their attempts to trouble implementation of the Stockholm accord.”

The United Nations announced withdrawal of Ansarullah forces from key ports of Yemen’s Western province of Hudaydah is proceeding “in accordance with established plans” for a second day, as the Saudi-backed former government still refuses to pull out its besieging forces from Hudaydah in line with an accord the two sides reached in Sweden last year.

Yemen’s Ansarullah movement is in control of key ports of Salif and Ras Isa and Hudaydah, which have been under a tight siege by country’s former Saudi-backed government, led by ex-president Abd Rabbuh Mansur Hadi, since June last year.

More than 70 percent of Yemen’s imports used to pass through the docks of Hudaydah, a lifeline for the war-ravaged country’s crippled economy. Salif was used for unloading all main types of grain and Ras Isa, a vital oil terminal, used for exporting Ma’rib light crude’s oil.

The lengthy siege pushed tens of thousands of people in Yemen to the verge of starvation and crippled the country’s economy. In an attempt to prevent the humanitarian situation from further deterioration, Ansarullah signed a UN-brokered agreement with the ex-government in Sweden in last December.

The warring sides agreed to withdraw their forces from the ports in a two-stage process, the first phase of which from the Ansarullah side was unilaterally commenced on Saturday and is due to be completed on Tuesday.

“All three ports were monitored simultaneously by United Nations teams as the military forces left the ports and the Coast Guard took over responsibility for security,” Lt Gen Michael Lollesgaard, head of the UN Redeployment Coordination Committee (RCC), said in a statement on Sunday.

In the first stage, Ansarullah forces are to draw back five kilometers from the three ports until Tuesday, while forces of the former government, backed by troops of the United Arab Emirates (UAE), currently massed four kilometers from Hudaydah, are to withdraw one kilometer from two other flashpoint ports.

The latter side has so far firmly refused to retreat according to the agreement and Ansarullah, who is unilaterally completing the first phase, denounced Hadi’s forces for their refusal, prompting Ansarullah movement’s Spokesman Mohammad Abdulsalam on Saturday to strongly call on the UN and the UN Security Council to press Hadi and the Saudi-led coalition to move in line according the Stockholm agreement.

“We stress the need for the United Nations to pressure the aggressor to take similar steps to contribute to the implementation of the Stockholm Agreement and the achievement of peace,” Abdulsalam stated, adding, “The redeployment step comes at a time when the Alliance of Aggression continues to postpone and obstruct the implementation of its commitments with a view to thwarting” the peace deal.

Leading a coalition of its allies, Saudi Arabia invaded Yemen in March 2015 in an attempt to reinstall Hadi, who had resigned amid popular discontent and fled to Riyadh, and to crush Ansarullah movement, which has been significantly helping the Yemeni army against a Saudi-led military coalition for the past four years.

The imposed war initially consisted of an aerial campaign, but was later coupled with a naval blockade and the deployment of ground mercenaries to Yemen. Furthermore, armed militia forces loyal to Hadi, in line with invaders, launch frequent attacks against Yemeni people in regions held by Ansarullah.

The aggression is estimated to have left 56,000 Yemenis dead.

A number of Western countries, the US, France, and Britain in particular, are also accused of being complicit in the ongoing aggression as they supply the Riyadh regime with advanced weapons and military equipment as well as logistical and intelligence assistance.

Saudi-led coalition mistreats these people over this