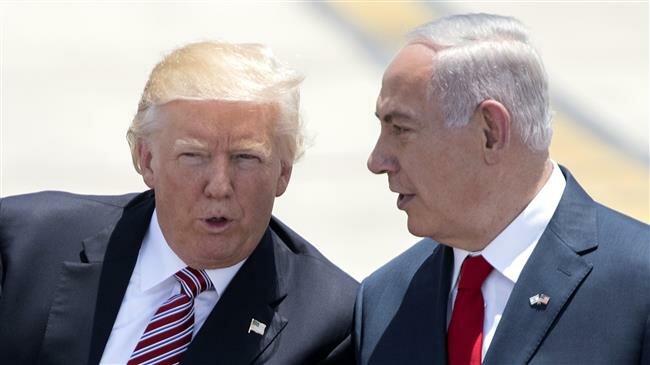 Israeli Prime Minister Benjamin Netanyahu is behind the US administration’s continued hostility towards Iran and the recent flare-up in tensions between the two sides, according to a number of American political figures and analysts.

Ben Rhodes, an advisor to the administration of former US president Barack Obama, was quoted as saying by The Jerusalem Post that “Bibi” was one of those “pushing to confront Iran.”

The report pointed to a 2006 essay on “The Israel Lobby” by John Mearsheimer and Stephen Walt, which later became a book. The authors argued back then that Israel and pro-Israel groups worked to shape the US administration’s policy towards Iran as part of a “grand scheme for reordering the Middle East.”

Moreover, the far-left and far-right parties view Israel as the shadowy manipulator of Washington’s policies towards Tehran.

The US far-right has also blamed Israel for Trump’s policies, with one website claiming that “Bibi Satanyahoo” is pushing for a war with Iran.

On the far-left, the website Mondoweiss has a headline that says, “Israel wants the Trump administration to attack Iran, but US mainstream media ignores Netanyahu’s instigating.”

Iranian Foreign Minister Mohammad Javad Zarif recently pointed out that the US administration in Washington was taken over by “Naeanyahu firsters”, according to the post.

Zarif blamed Israel and what he called the “B-team” for the US foreign policy decisions.

More than 1000 mosques destroyed in Saudi-led war on Yemen

Brigadier Sare’e: Saudi Regime Exploits Religious Status of Mecca to Cover up Its Crimes on Yemen