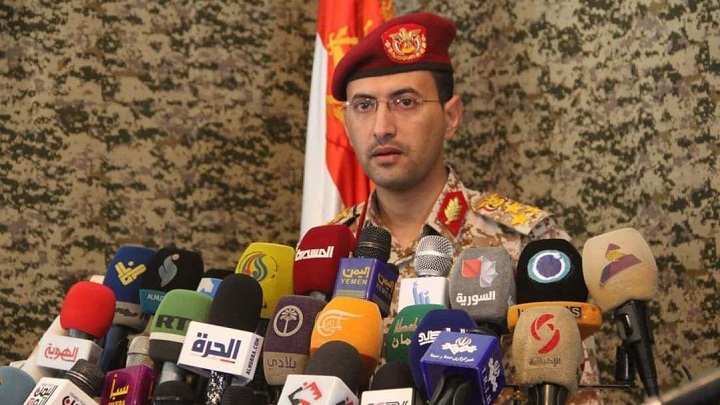 Brigadier Sare’e: Saudi Regime Exploits Religious Status of Mecca to Cover up Its Crimes on Yemen

Spokesman of the Armed Forces Brigadier Yahya Sare’e on Monday denied the Yemeni Army and Popular Committees targeting of Mecca, stressing that it is not the first time that the Saudi regime claims that.

The spokesman, in his page on “Facebook”, explained that the Saudi regime is trying by these allegations to rally support for his brutal aggression on Yemen, confirming that Saudi regime is again trying to exploit the religious status of Mecca to cover up its crimes against the Yemeni people.

The four years of Yemeni steadfastness in the face of the US-Saudi aggression proved the failure of this military and political aggression, he added.

Brigadier Yahya Sare’e stressed that we do not hesitate to announce our military operations and we do not need to wait for incorrect judgments about our goals and the timing of our operations.

Saudi newspapers claimed coalition forces had intercepted a ballistic missile that was heading towards Mecca on Monday morning.

These allegations come with the Saudi regime mobilization to hold Islamic, Arab and Gulf summits in Mecca, in an attempt to exploit the religious status of Mecca to cover up its crimes and to defame Yemen that defends its land in the face of the US-Saudi aggression for over four years.