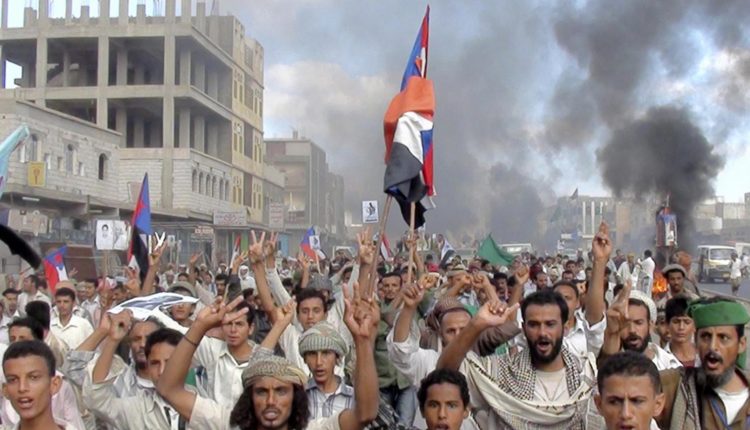 U.S. Support Has Fueled, Not Moderated, the Yemen War

The Yemen war grinds on. The U.S.-backed “coalition” managed a rare success as the Houthis, who now control the Sanaa government, withdrew from the port of Hudaydah. However, that leaves the Saudis and Emiratis still far from victory in a war begun in 2015 which was supposed to last just a couple of weeks.

The latest round of fighting involved the Houthis, who spent years battling strongman and President Ali Abdullah Saleh, before joining the recently ousted Saleh against his successor, President Abdrabbuh Mansour Hadi. This modern game of thrones mattered little to the United States, other than diverting the Yemeni government’s attention from extremist groups, such as Al Qaeda in the Arabian Peninsula (AQAP). The fireworks also didn’t matter much to Saudi Arabia and the United Arab Emirates, since the Houthis had only limited relations with Iran and no capacity to endanger their nation’s more powerful neighbors.

However, after Hadi’s ouster the Saudis and Emiratis decided to reinstall the pliant former president and grab territorial control. However, they unexpectedly found themselves battling inconclusively against a tough insurgent force. Worse, the internal conflict turned into a sectarian proxy war as Tehran, which never had a close relationship with the Houthis (theologically a different Shia variant), offered modest backing for the rebels. Along the way the “coalition,” as the KSA and UAE styled their forces, purchased the services of de facto mercenaries from authoritarian, Islamist Sudan, committed mass atrocities against Yemeni civilians, armed and aided Islamic radicals including AQAP, and effectively dismembered Yemen.

To reaffirm its support for royal regimes which opposed U.S. negotiations with Iran, the Obama administration armed the Saudis, provided intelligence assistance, and refueled Saudi aircraft (only recently halted). American officials claimed to be saving lives even while supporting airstrikes on civilians and civilian infrastructure. The carnage has been appalling—of the 233,000 dead so far, reported the UN Development Programme, the majority died due to “indirect” causes, including mass famine and a cholera epidemic.

Even the Republican-controlled Senate turned against the war, joining the House in voting to end U.S. involvement. However, enough Republicans stood with the administration to sustain the president’s veto. Administration arguments for continuing participation in the conflict ranged among unbelievable, contemptible, and risible. For instance, that Washington is not involved militarily: tell that to Yemenis who have died from U.S.-made bombs delivered by U.S.-built planes refueled and guided by U.S. military personnel.

Another was that Houthi control would threaten the Kingdom, the Persian Gulf, and America. This indigenous religious/political movement is far less radical than Wahhabism, the variant of Islamic fundamentalism lavishly promoted by Riyadh across the globe, including in Yemen. The Houthis spent years battling Saleh before joining with him against a common enemy, Hadi (and then the coalition). They never waged war on the United States, KSA, or anyone else. Missile attacks were retaliation for military aggression by the Kingdom, following years of ravaging air attacks on Yemen.

Despite administration claims of being a moderating influence, the coalition has conducted a ferocious and unrestrained air war. Yemen’s economic and human infrastructure has been wrecked, mostly by air attacks; perhaps twenty thousand, and probably more, civilians have been killed, the vast majority by air attacks. The only air force involved is backed and guided by Washington. Limiting the damage has been coalition capabilities, not U.S. advice. The Obama and Trump administrations have made the American nation an accomplice to mass murder.

Finally, the administration claims it wants to stop the war. By continuing to subsidize the Saudis and Emiratis. This bizarre rationale also was advanced by a recent article in Foreign Affairs online by Michael Knights, Kenneth M. Pollack, and Barbara F. Walter, respectively of the Washington Institute for Near East Policy, American Enterprise Institute, and University of California (San Diego). Washington should continue to enable the aggressors to commit war crimes since ending U.S. backing for “the Saudis will hinder the coalition’s war effort and embolden the Houthis and their Iranian supporters, making them much less likely to accept a nationwide cease-fire and a power-sharing agreement.” Indeed, the three analysts would increase American backing for the coalition, and “then use the resulting leverage to force both sides to end the fighting and sign a power-sharing agreement.”

Yet the coalition has shown no inclination to moderate its approach despite four years of U.S. support supposedly directed at moderating its approach. And the administration’s close embrace has only emboldened Crown Prince bin Salman, who has grown more repressive and reckless. Worse, this strategy requires Washington to help kill even more Yemenis, who have done nothing against America.

Imagine this argument applied to World War II. Our objective should be to halt the fighting between Nazi Germany and Soviet Russia. Thus, America should assist Adolf Hitler’s forces to make Joseph Stalin more willing to negotiate a ceasefire and peace agreement. Similarly, in East Asia America should back Japan against China, since the latter was unwilling to accept accommodation with Tokyo. Aiding imperial Japan would force the recalcitrant Chinese, nationalists and communists alike, to come to terms.

The United States should end its support for the coalition and participation in the Yemeni war. The reasons are many:

First, this fight is not America’s. The United States has nothing meaningful at stake in the battle among Yemeni factions and neighboring states. Yemen has been in turmoil for decades, with no noticeable impact on American security. Moreover, the people of Yemen have done nothing to warrant treating them as enemies.

Second, Washington has intervened on the wrong side. The Houthis never were friends of America or liberty and have grown only more hostile under attack. But the Saudis and Emiratis are far worse, unabashed aggressors for essentially imperial ends. The Houthis oppose AQAP and support a united Yemen. Hadi and the coalition have aided AQAP and other radical forces, while the UAE is promoting Yemen’s break-up in search of economic advantage.

Third, coalition forces have committed the vast majority of atrocities. Humanitarian groups figure that the Saudis and Emiratis are responsible for two-thirds to three-quarters of the casualties and destruction. Yemen has been ravaged, its civilian population reduced to misery, so wealthy monarchies can gain geopolitical and commercial advantage.

Fourth, the Kingdom’s claim of self-defense is a contemptible attempt to turn its initial aggression into a bootstrap argument. The Houthis only recently began launching missiles against Saudi Arabia, after years of coalition bombing. Bizarrely, Secretary of State Mike Pompeo insisted that America was aiding the Saudis because Houthi missiles aimed at the airport in Riyadh might hurt an American: “the United States has an obligation to protect our citizens.” But there were no missiles flying when the KSA launched its attack and America intervened on the royals’ behalf. Moreover, ending the war would ground the missiles.

Fifth, the United States should not get involved in a sectarian conflict on behalf of the Saudi and Emirati royal families. Most terrorism ultimately stems from the fundamentalist Sunni theology represented, practiced, and promoted by Riyadh. The Kingdom has been far more expansionist than Tehran, invading Yemen, kidnapping the Lebanese prime minister, sending troops to back the dictatorial, minority Bahraini monarchy against its people, subsidizing Islamist radicals in the Syrian Civil War, underwriting the brutal el-Sisi dictatorship in Egypt, and inflaming conflict in Libya. The Kingdom also is far more repressive than Iran, allowing not a hint of political or religious liberty for its own people.

Finally, Washington’s responsibility is not to intervene in other states’ wars to stop them, but to stay out of wars which do not serve America’s interests. Especially when they are unjust. No overriding security interest—the argument for allying with the Soviet Union against Nazi Germany in World War II—compels Washington to join with oppressive, aggressive UAE and KSA in causing murder and mayhem in Yemen.

UN Bodies Deliberately Underfunded and Undermined by US, Allies