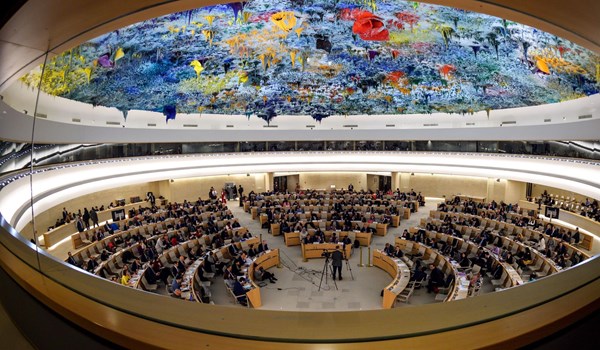 UN Bodies Deliberately Underfunded and Undermined by US, Allies

We are living in strange times. The United Nations longstanding mandate to promote and protect human rights worldwide, undermined by right-wing nationalist governments and authoritarian regimes, has taken another hit by the United States and its allies.

The Geneva-based Office of the UN High Commissioner for Human Rights (OHCHR) says six of the UN’s 10 treaty bodies are being forced to cancel their sessions this year due to financial reasons. The situation has been described as “an unprecedented consequence of some UN member states delaying payments due to the organization.”

The UN is deeply concerned by this deliberate delay in paying assessed contributions, which will have a direct effect on the ability of the world body to carry out its vital human rights work. Without these funds, the UN’s human rights mechanisms and international tribunals have been severely affected.

Only 44 UN member states – out of 193 – have paid all their assessments due, with the United States owing the largest amount. And this is only the latest in a worrying trend of reduction in the UN budget allocated to its human rights mechanisms. To put this in perspective, “the budget of the OHCHR is only 3.7 % of the total UN regular budget.”

In addition to the possible cancellation of sessions of the treaty bodies, mechanisms created by the Human Rights Council such as Fact-Finding Missions and Commissions of Inquiry in places like Yemen are also being deliberately hampered by Saudi Arabia and its regional allies in carrying out their mandate of investigating serious human rights violations.

The OHCHR says the cancellations mean that reviews already scheduled with member states, as well as consideration of complaints by individual victims of serious human rights violations – including air and drone strikes, torture, blockade –  will not take place.

“The cancellation of sessions will also have numerous other negative consequences, and will seriously undermine the system of protections which states themselves have put in place over decades,” says a statement released by the OHCHR.

The chairpersons of the 10 Committees are also deeply concerned about the practical consequences of cancelling these sessions and have sent a letter to the UN Secretary General and the High Commissioner for Human Rights, requesting they, together with member states, explore ways of addressing this situation as a matter of urgency.

Until that happens, the UN should strongly call on the United States, Saudi Arabia and their allies to prioritize their international human rights obligations. The UN treaty bodies should hold them accountable to their commitments on human rights and increase the international humanitarian response, not cut back in places like Yemen.

The UN treaty bodies are the only mechanism for countries like Yemen to hold the invaders to account for violations of civilian rights and for committing crimes against humanity. The international civil society shouldn’t allow these voices to be silenced and call on the UN to prioritize the protection of civilians and ensure these treaty bodies have appropriate and sustainable funding and permission to carry out their work.

Meanwhile, the deliberate budget cuts come at a time when the UN is battling a series of setbacks in the field of human rights in the United States. Under the Trump administration, the US has ceased to cooperate with the UN Rapporteurs, and specifically an investigation on the plight of migrants on the Mexican border where some of them have been detained, sexually assaulted and killed – abuses which have equally remained unreported and unprosecuted.

The UN High Commissioner for Human Rights should call on the US authorities to make a significant effort to confront the pattern of harassment and attacks aimed at civil society representatives and to take all necessary measures to tackle the endemic impunity around such cases.

According to the OHCHR, the 10 United Nations human rights treaties are legally binding treaties. This system of independent scrutiny of the conduct of states by independent experts is a key element of the UN human rights system. No member state or a group of member states can be allowed to deliberately underfund or stop them from investigating serious violations of human rights in conflict regions. They should be allowed to carry out their vital work to promote and protect human rights worldwide.

U.S. Support Has Fueled, Not Moderated, the Yemen War