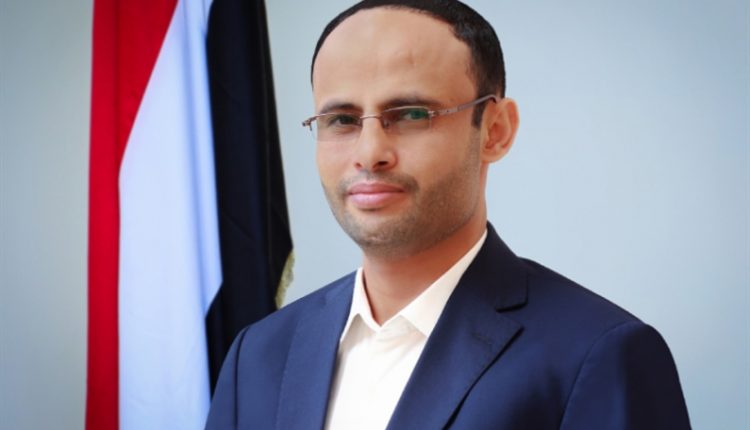 President of the Supreme Political Council, president Mahdi Al-Mashat, discussed, on Saturday during a meeting with ministers and officials of the Salvation Government, the need to move seriously to confront the economic war used by the Saudi-led coalition as a weapon to try to kneel the Yemeni people.

In the meeting with the Prime Minister of the National Salvation Government, Dr. Abdul Aziz bin Habtoor and Minister of Finance Rashid Abu-Lohoom, the President discussed the performance of the government in general and the Ministry of Finance; in particular the efforts exerted in the face of the economic war that targets the necessary needs of the Yemeni people.

President Al-Mashat stressed the need to move seriously to confront the war used by the aggression as a weapon to weaken the Yemeni People, by compromising its necessary strength, pointing out that dumping the market with more than trillion of the newly printed currency is a disaster and a war crime against the people.