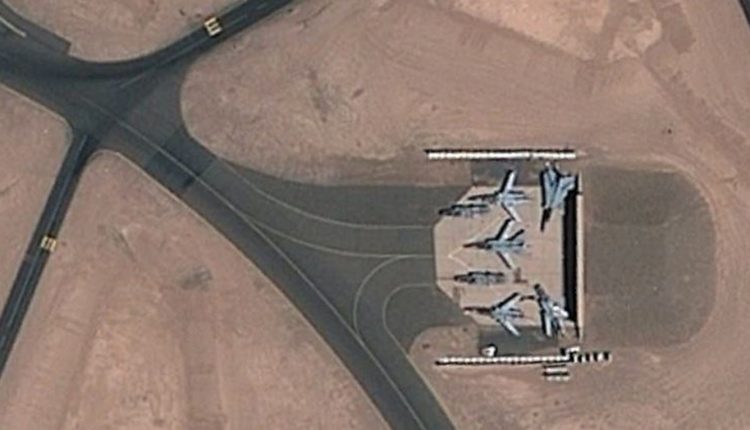 Saudi activists said a huge series of explosions and a huge fire from which large columns of smoke clouds had risen from inside the King Khalid Air Base in Khamis Mushait, south of Saudi Arabia, following extensive operations carried out by the air force with a squadron of Qasef 2k drones targeting military sites inside the base.

The Yemeni army forces carried out large operations on Monday on King Khaled Military Airbase in Khamis Mushait in Asir with a number of Qasef 2K drones.

The Spokesman of the Armed Forces, Brigadier General Yahya Saree, said that Qasef 2K drone accurately hit weapons storage, stoking aircrafts and other military sites, pointing out that the operation also led to a large fire in the arms storage, causing a great deal of confusion and panic.

He stressed that drones and missile operations will continue, and will expand the circle of targeting in a manner that is not expected by the Saudi regime as long as continued in its war, siege and contempt.

US weaponary at the hands of Yemeni army forces