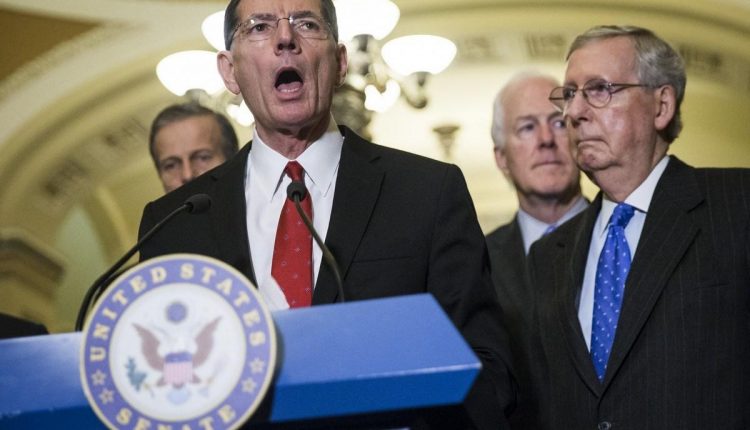 Saudi Arabia has been a major source of division within Washington. The White House has been at complete odds with Congress over America’s relation with the kingdom triggering strong displays of disgruntlement.

In the latest show of discontent, Republican Senator John Barrasso blasted Riyadh for being in “complete violation” of US values. His strong attack of the royals in Saudi was made during an interview with CNN, where the senator from Wyoming urged the US to “reevaluate” its relationship with the kingdom.

Barrasso revealed that he would be co-sponsoring a bill introduced on Wednesday by his Republican colleague Jim Risch who is the chairman of the Foreign Relations panel in order to force the Trump administration to undergo a “comprehensive review” of US-Saudi relationship.

The bill is part of a wider call for scrutiny over America’s relationship with Saudi, which has increasingly come the conduct of Riyadh in the Yemen war. The de-facto ruler of the kingdom has also drawn the ire of US lawmakers who are deeply concerned that US arms are being used to commit war crimes in the Yemen war.

In the ongoing saga between the White House and Congress the US Senate Foreign Relations Committee’s Republican Chairman, Senator Jim Risch,  punished Saudi Arabia over human rights abuses and criticising MBS, but not halting weapons sales.

Al-Houthi calls Trump to blackmail Gulf States away from Yemen