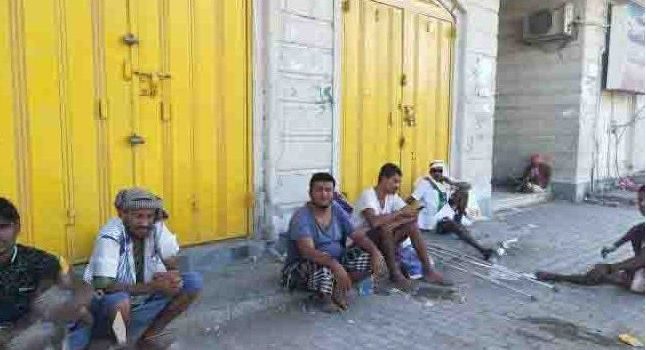 Drugs such as hashish have spread alarmingly among young men and girls, as one of the objectives of the UAE-Saudi occupation is aimed at breaking down values and morals among the Yemeni community which has led to the spread of several crimes such as kidnappings and rapes in the city since the second half of 2015 in Aden, southern Yemen, under the control of UAE, main part of the Saudi-led coalition, backed by the US.

One of the sources confirmed that one of their own relatives has resorted to using hashish, and it appeared clear through a change in the features of her face and the eyes.

Arbitrary actions by some officials in the province against the cleaning workers.

Union of workers and employees in Cleaning Fund announced that the full strike on work will be started on Wednesday ,demanding in a statement the Saudi-backed resigned Hadi’s authority to pay salaries of the workers and grant the health insurance for employees at home and abroad.

Aden province has witnessed a new crisis of oil derivatives after the closure of fuel stations, and because of the failure of Hadi government to deposit the value of the received oil amounts to the account of Aden Refinery Company.

The Yemeni Petroleum Company (YPC)’s branch in Aden province accused Hadi’s government and the Central Bank of not paying the value of oil derivatives quantities supplied to the company and not pumping the materials to the company’s tanks by Aden Refinery.

The company said that it is waiting for the completion of the remittance process so that Aden Refinery Company can resume pumping, although it was informed last Thursday of raising the dollar exchange rate from 501 to 556 riyals by the Central Bank, and as usual this will lead to modifying the sale price of oil derivatives in stations.

Yemenis respond to the Saudi-led coalition hardly and softly!