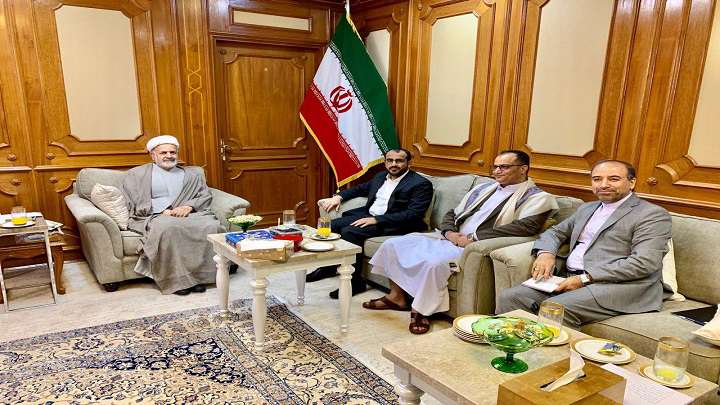 Abdulsalam Warns of US Dangerous Escalation, Continuation of Aggression Against Yemen

The head of the National Delegation, Mohamed Abdulsalam, met on Thursday, Iranian Ambassador to Oman, Nouri Shahroudi, during the meeting they discussed the humanitarian situation in Yemen and the tension in the region due to US escalation.

“The US escalation pushed the region to the edge in addition to the stupid rush of some countries in the region and underestimation of what could lead of the explosion of the situation and its catastrophic effects on them. It is surprising that some of these countries did not benefit from their mistake in Yemen and it being underestimated during the aggression,” Abdulsalam said in a post on Facebook.

He explained that “there is a Yemeni-Iranian mutual understanding of the escalation and it is not in the interest of anyone,” pointing at the same time to the need of recognizing the dangers of the continuation of the aggression on Yemen. In addition, he criticized those involved in bringing a battle that will destroy the region, which serves only the US-Zionist interest.

“As Yemen faces a brutal aggression and an unjust siege, that must be stopped, so Iran is facing unjust economic attacks and sanctions. Only the wise are aware of the consequences of the continuation of the aggression against Yemen,” he said.