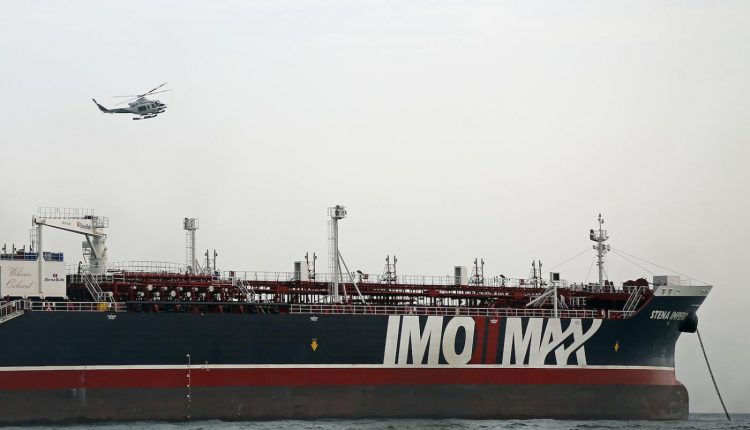 Britain has approached several of its European allies as it gauges interest in a plan to launch a naval mission in the Gulf, senior diplomats told Reuters news agency, but Iran rejected the idea.

The UK proposed creating a European-led mission to senior European Union officials at a meeting in Brussels on Monday, the European diplomats said.

Spain, Sweden, Poland and Germany showed interest in the proposal, they told Reuters.

Britain also said the naval mission, first mentioned by Foreign Secretary Jeremy Hunt on Monday, would not involve the EU, NATO or the United States directly, the news agency said.

The proposal comes after Iran’s Revolutionary Guards seized the Stena Impero, a UK-flagged tanker, in the Strait of Hormuz – a key shipping channel in the Gulf – on 19 July.

While Iran accused the ship of breaching “international maritime rules”, the UK said the seizure was an act of “state piracy”.

French Foreign Minister Jean-Yves Le Drian also said on Tuesday that France, the UK and Germany were working on setting up an observation mission in the Gulf.

“We need to put in place as process of de-escalation to reduce the tensions,” said Le Drian, after meeting with Iran’s deputy foreign minister, Abbas Araghchi, in Paris.

The mission could be run by a joint Franco-British command, one of the European envoys also told Reuters on Tuesday.

A day earlier, Hunt said in parliament that the naval mission would “support safe passage of both crew and cargo” in the Strait of Hormuz.

He stressed that the proposed mission would not be tied to Washington’s “maximum pressure campaign” against Tehran.

That seems to appeal to European countries, who remain committed to a 2015 Iran nuclear agreement that US President Donald Trump withdrew from last year.

Under that deal, the Iranian government agreed to curb its nuclear programme in exchange for a lifting of sanctions.

“Britain’s request, rather than Washington’s, makes it easier for Europeans to rally round this,” one senior EU diplomat told Reuters on Tuesday.

“Freedom of navigation is essential, this is separate from the US campaign of maximum pressure on Iran.”

But Iran’s deputy foreign minister, Abbas Araghchi, said Iran was prepared to ensure the safety of shipping operations in the Gulf.

“Iran will use its best efforts to secure the region, particularly the Strait of Hormuz, and will not allow any disturbance in shipping in this sensitive area,” Iran’s IRNA news agency quoted Araghchi as saying, as reported by Reuters.

For weeks, tensions have escalated in the Gulf between Iran and the US, which accused the Iranian government of planning to attack American forces and interests in the region – without presenting evidence to back up its claim.

Top US officials also accused Iran of being responsible for a string of attacks on tankers in Gulf waters, including an incident involving ships in the Gulf of Oman.

Iran has repeatedly denied the allegations, instead accusing members of the Trump administration of seeking to draw the two countries into a military conflict.

The Iranian authorities seized the UK-flagged Stena Impero in the Strait of Hormuz after an Iranian ship and its crew were stopped off the coast of Gibraltar earlier this month.

This week, Foreign Minister Mohammad Javad Zarif rejected claims that Iran’s seizure of the British tanker was an act of retribution.

“It’s important for everybody to realise, it’s important for Boris Johnson to understand, that Iran does not seek confrontation,” Zarif said on Monday, a day before Johnson was officially named the new leader of the UK’s Conservative Party.