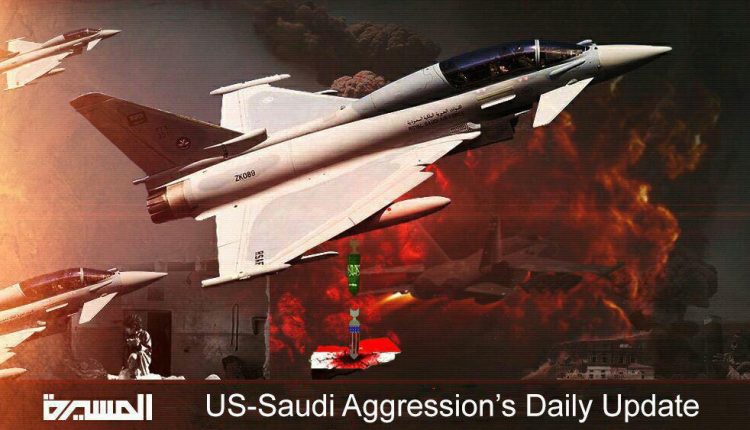 The Saudi-led coalition and its mercenaries, on Saturday, continued to launch raids and bomb a number of provinces, causing material damage to public and private property.

US-Saudi forces targeted Al-Durayhimi city with over 35 artillery shells. The mercenaries also targeted Al-Matenah and Al-Jah with over 25 shells and 12 Katyusha missiles.

In Sa’ada, the US-backed coalition launched a raid on Al-Saifi area in Sahar district.