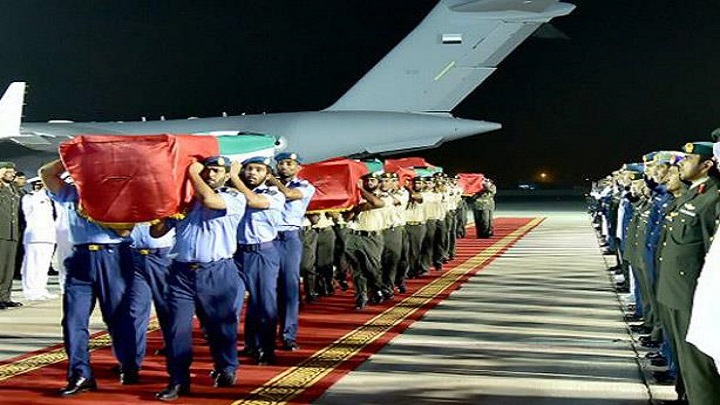 The Chief Command of Military Forces of United Arab Emirates declared on Friday the death of six soldiers in a collision of military vehicles.

The report didn’t mention where or when the incident took place and the reason behind it.

Among the six troops killed was a captain, the WAM report said, identifying those killed by name.

It is noteworthy that hundreds of Emirati mercenaries involved in the aggression on Yemen were killed by Army and Popular Committees fire on various fronts. The United Arab Emirates recognized that dozens were killed.

The fate of the assassine of the Houthi leader’s brother in central Yemen: Interior ministry